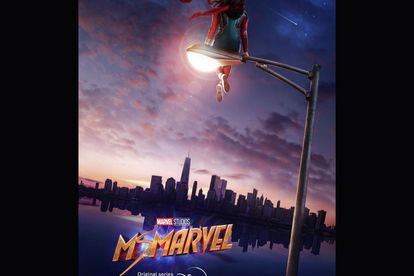 Kamala Khan is introduced as Marvel’s first Muslim teen superhero in the trailer of Ms Marvel. So, she is a Muslim, Pakistani-American high schooler from New Jersey. Kamala doodles and daydreams about  joining the superheroes she idolises.

The Muslim-American teen was first introduced in comics in 2013 and got her own series in 2014. Kamala is played by Iman Vellani – a Pakistani-Canadian actress from Markham, Ontario.

The trailer, which plays The Weeknd’s Blinding Lights –  unveils Kamala’s colleagues mispronouncing her name and constantly pokes fun at her Avengers T-shirt. So, she is also branded as the typical comic book nerd who spends most of her time fantasising.

“Ms. Marvel is a new, original series that introduces Kamala Khan, a Muslim American teenager growing up in Jersey City. An avid gamer and a voracious fan-fiction scribe, Kamala is a Super Hero mega-fan with an oversized imagination,” reads the film’s synopsis.

“Particularly when it comes to Captain Marvel. Yet Kamala feels invisible both at home and at school—that is, until she gets super powers like the heroes she’s always looked up to. Life gets better with super powers, right?” the synopsis continued.

WHO WILL STAR IN ‘MS MARVEL’?

According to Variety, Iman will be joined by