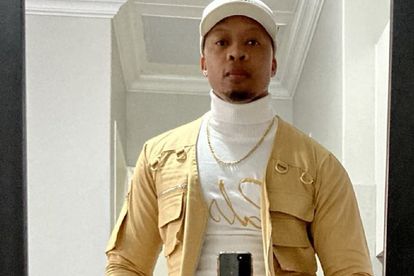 The influencer who gained popularity after posting pictures of himself carrying his red Smeg kettle everywhere he went, told Drum Magazine that this is a dream come true.

ALSO READ: Who is Mr Smeg? 5 Facts about the social media star

MR SMEG DISHES ON HIS ROLE

According to the publication, Mr Smeg will be appearing on the medical telenovela around June. He further revealed that his cameo is for two scenes and he will be playing himself.

“It will be for two days, the first day it will be about something regarding health, and then I change into a different outfit the following day, so it is just two scenes,” he explained.

Mr Smeg went on to reveal how he got the role, highlighting that he does not have acting training or experience.

“No, I did not audition for it, I received an email instead. I was shocked that they wanted me to make an appearance on the show, like I always wanted to appear on TV but just short lines because I am not an actor, I did not go to acting school. So, I don’t think I can get main roles for acting but I can do cameo appearances,” Mr Smeg shared.

HIS CLAIM TO FAME

The much-loved influencer created a name for himself in 2020 when he posted an image of himself with his favourite kitchen appliance. He followed that up with more pics and each time, tweeps noticed that his Smeg kettle was always featured in the snap. Realising the trend worked, he ran with it and was later dubbed Mr Smeg.

In his pursuit of fame, he later scored himself a date with TV personality Pearl Thusi, which their followers called the “national lunch date.” This came after Mr Smeg asked the actress out, with the occasional “Pearl is beautiful” Twitter posts.

Having shot his shot at several different women by complimenting their looks with each post, Mr Smeg’s goal is to score a date with Kanye West’s estranged wife Kim Kardashian – Briefly reported last year.