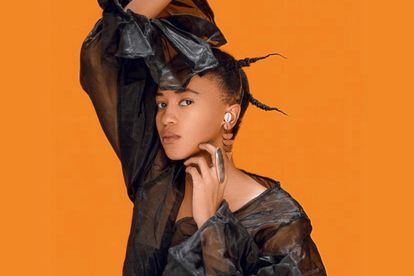 Mpho Sebina has taken the local music industry by storm. The Botswana-born singer-songwriter is certainly a force to be reckoned with and is gaining more popularity with her soulful vocals and soft lyrics.

Mpho Sebina released her song Dikeledi in 2020 and was part of her album Lora. Dikeledi directly translates from Setswana to tears. She sends a message to a woman named Dikeledi and tells her to keep her head up.

Mpho sings the song beautifully in Setswana and says the song is inspired by great-grandmother and her grand aunt.

Mpho released the visuals for Dikeledi  on 25 June. The interesting twist on Mpho’s song is the song being interpreted in sign language. The songstress worked with sign language interpreter Kefilwe Nfila on the beautiful visuals and developed the concept herself.

Announcing the release on her Instagram page Mpho’s fans were truly impressed by the video.

Speaking to The Star, Mpho revealed that she was in the advertising industry for a year and said she didn’t feel fulfilled anymore, so she decided to dive into music head first unsure of how it would go.

The 30-year-old songstress has been learning as she goes along and found success in the music industry. She featured on Major League DJz’ song of the summer Dinaledi and South Africans fell in love with her instantly.

Her most recent feature is on Abidoza’s Motho Ke Motho featuring Jay Sax.

Mpho is set to release brand new music in 2021 but fans are still enjoying her 12-track album Lora. Stand out tracks for the album are the opening track Melodi, Dumelang, and of course Dikeledi.

Watch the visuals for Dikeledi here

ALSO READ: Matthew Mole takes us inside the making of his ‘I’m With You’ music video