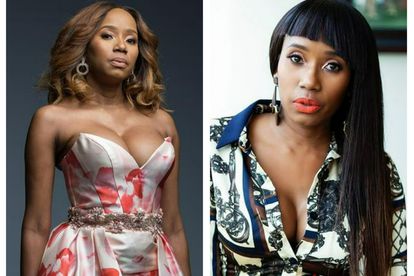 Mpho Meriweather could face having to pay more than a million rand. Images via Instagram: @mpho_merriweather

Mpho Meriweather could face having to pay more than a million rand. Images via Instagram: @mpho_merriweather

Businesswoman and Real Housewives of Johannesburg star Mpho Merriweather has found out that she allegedly owes Nedbank R1.1 million after a house she owned with her first husband Moganetsi Mabe was in arrears in bond payments.

According to City Press, Mpho found this out through a court application by Nedbank. She has also found out that she allegedly owes more than R600 000 to the City of Johannesburg for water and electricity.

“This after the bank, which provided the Botswana-born star with a home loan in 2008, dragged her and Mabe to the Johannesburg High Court to obtain an order to sell their R1.8 million property in Olivedale for R540 000 to recoup its money,” the publication says.

Mpho who has since remarried, said in the court papers that City Press has seen that she does not owe the bank – her ex does, after she obtained a divorce decree in 2015.

She denies being “liable to the plaintiff jointly and severally for the payment of the sum of R1 107 678, which amount is inclusive of interest at the rate of 4.5% per annum”.

“The star indicated to the court that she was not aware that the home, which she left in Mabe’s care, was in arrears and that litigation was under way to recoup money from her,’ the publication reports.

According to a court order that Merriweather obtained along with her divorce decree in 2015, Mabe was supposed to buy her out of the home and she was excused from further financial obligations relating to the house.

City Press reports that Mpho and Mabe did not conclude a sale of the house and records show that he continued living in the house and paying monthly instalments of R13 252 until August 2020, when the bank stopped receiving payment.

In its application, Nedbank states that Mabe and Merriweather, who is listed as co-owner of the property, obtained a joint home loan of R1 250 000 on July 30 2008. The bank states that, after they failed to keep up with loan repayments, their monthly instalment was recalculated to R7 398 – as per City Press.

The bank claims, “It is clear that the respondents have no intention of settling the arrears on the account. The conduct of the respondents increases the risk of the immovable property being sold at a value less than the respondent’s liability to the applicant, due to accrued interest on the steadily increasing arrear amount”.

Mabe and Merriweather did not respond to requests for a reply on the matter.