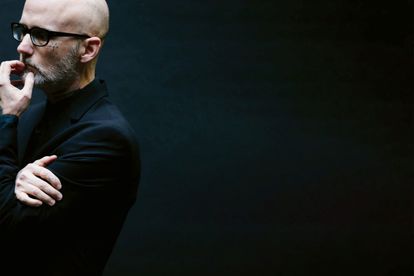 In 2021, however, middle age, common sense, and a far less destructive personality being Moby’s reality, what better time than now to take some of his best work, the likes of Porcelain, Go and Natural Blues, and hand them over to Deutsche Grammophon, the Budapest Art Orchestra, and a whole host of vocal and lyrical talent to re-interpret?

Fourteen tracks make up what Reprise is — a staggeringly brilliant body of work that not only shakes off each tracks original release date, but also reclaims a legitimate place in our current orchestrated lives, all kind courtesy of the Why Does My Heart Feel So Bad hitmaker himself.

Moby and ‘Reprise’: Regaling the past, perfectly

What Reprise does, musically, is offer millions of people around the world the opportunity to reconnect with their misspent youth, highs, and lows, with these modern-day masterpieces as our guides.

Moby, too, needed to wrestle more than a handful of fiends to the floor and gain closure on chapters fraught with embracing fame and fortune, all while contemplating suicide at the very same time.

The lesser-known The Lonely Night, featuring Mark Lanegan (Screaming Trees, Queens of the Stone Age) and the legendary Kris Kristofferson, Moby’s favourite track on Reprise, is a song that’s lyrical reframing and refrain drives home just how fragile and equally powerful his gift to us remains.

His love/ hate relationship with the very thing that feeds him to this day is a curious one.

One he articulates best in saying: “Part of it is if I’m honest, is, I am still stunned and fascinated by the fact that I have landed up being this quasi-public figure. If only because, in my late teens, early 20s, I was playing in punk-rock bands and DJing in a dive bar, while living in an abandoned factory.

“I had no running water, no bathroom and I was making around $2000-a-year, and I never really, for a second, thought that I would make music that anyone would listen to. So, any public, music-related, stuff that’s touched me has been baffling and surprising, and I’m still kind of intrigued by it all and its potential for noble action.”

Quick to point his audience straight, Moby defends his latter statement as not meant to sound self-aggrandising.

“I don’t think I’m doing anything noble, but having an audience is unique and I don’t want to squander that, nor do I want to use it in a self-serving way.

“On one hand, having an audience is remarkable because, at times, people are willing to listen to the music I’ve made, and I take that pretty seriously.

“If someone is going to invite me into their home, into their personal life, I want to create something emotional and respectful of their time and their attention. The other aspect is, having an audience enables me to draw attention to issues I think are important.”

Staying in the game

As to wanting to lock the door and walk away from an entirely manufactured reality, Moby confirms he’s flirted with the idea multiple times throughout his career.

“I appreciate the idea of working, daily, in a respectful way that has integrity, even at times when it seems fruitless or frustrating.”

Moby further confesses that he is not a big planner or nor has he ever done anything with contrived intent. “There was never much effort on my part to plan anything,” he confirms.

“I’ve never had a strategy around things, and whenever ever I’ve attempted to go down that road, the universe slaps me on the back of the head, at the absurdity of it all.”

Then there’s the lack of possibility, as he puts it.

“What I mean by that is, when I was growing up, I never thought this idea of making money from my music was within the realm of possibility for me. I always saw myself playing obscure music that no one ever listened to and, at some point, getting my doctorate in philosophy and becoming a philosophy professor, that’s how I thought my life would go.

“It’s still very confusing to me and kind of interesting that, that’s not how things worked out.”

Success continues to find Moby through the power of the network and collaboration, and Reprise is a classic example of that.

“That old saying: Fortune favours the well prepared, I don’t know if I am well prepared, or if it’s a combination of a good work ethic and experience. However, if you look at it, it’s working and who am I to question that, ever?”