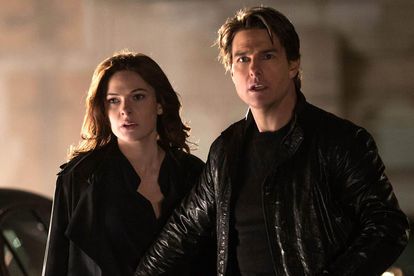 Tom Cruise and Rebecca Ferguson in a scene from ‘Mission Impossible 6’. Image: Supplied

Tom Cruise and Rebecca Ferguson in a scene from ‘Mission Impossible 6’. Image: Supplied

Cruise will once again reprise his role as Ethan Hunt, having portrayed the character in all the Mission: Impossible films.

‘Mission: Impossible’ 7 and 8 could be end of franchise

Christopher McQuarrie, who has been the director ever since Mission: Impossible Rogue Nation, the fifth film, will again be on board for what might be the last two instalments in the action-packed franchise.

Cruise is perfectly content with McQuarrie handling the reins as he and McQuarrie have established a longstanding working relationship. They worked together on 2012’s Jack Reacher and have a good collaboration going.

Rogue Nation and Fallout are two of the best Mission: Impossible movies to date.

McQuarrie is busy with pre-production work at the moment. This includes writing and storyboarding the forthcoming sequels, which will require lots of work and planning before cameras can begin to roll.

OTHER FAVOURITES SET TO RETURN

Hayley Atwell is joining the ensemble for both the seventh and eighth film. She will likely play a key part although her role has not been confirmed.

There is also a good chance that familiar favourites like Simon Pegg, Michelle Monaghan, Jeremy Renner and Ving Rhames could be asked to return to the series.

Ferguson’s character, Ilsa Faust, made a highly memorable introduction in Mission: Impossible Rogue Nation. She proved to be a thrilling friend and adversary in equal measure for Hunt in her first movie.

It will be interesting to see where the character lands in the upcoming movies and whether Hunt can fully trust her during his latest adventures. The character continues to grow and the next two sequels should hopefully provide Ferguson with a great showcase.

Ferguson became a star on the rise thanks to her appearance in the fifth Mission: Impossible movie and will hopefully get even more chances to shine in the sequels.