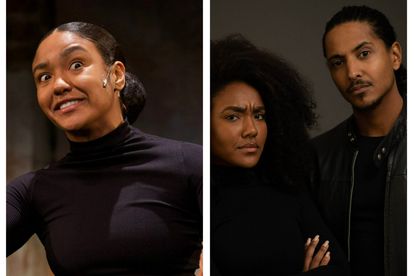 Award-winning playwright Mike van Graan’s latest play, He Had It Coming is coming to the Baxter Golden Arrow Studio from 29 November to 10 December.

The play, is a collection of sketches, poetry, and songs, performed by Kim Blanche Adonis, directed by Daniel Mpilo Richards.

ALSO READ: ‘The door is open’: Can movie theatres help out Netflix?

WHAT THE PLAY IS ABOUT

The collection of sketches picks up themes in the contemporary South African discourse and seeks to provide commentary and serve as a conversation catalyst.

According to a released statement, the subject matter of the show encourages critical thought about our socio-economic society and seeks to reflect South Africa as so called “rainbow nation”. Issues of patriarchy are tackled with satire, inviting laughter into critical reflection.

MIKE SPEAKS ABOUT THE PLAY

Speaking about the play, Mike says “I chose to collaborate with Daniel to provide the opportunity for young, new talent to be introduced to audiences under the mentorship of Daniel – prior to his move to the United Kingdom.”

“The significance of the performer being a young woman directly addressing the complex issues of gender inequality, gender-based violence and broader socio-political issues in our country serves to inspire other young women to speak out and young men to observe and encourages better decision-making as it is seen from a third-party perspective.” – as per the release.

The show is set to provoke, entertain, and inspire yet again.

He Had It Coming is on at the Baxter Golden Arrow Studio from 29 November to 10 December at 7pm. Tickets are R120 throughout and are available online on Webtickets or at any Pick n Pay store.

ALSO READ: ‘Born Naked’ comes to the Baxter Theatre for a short season this April!