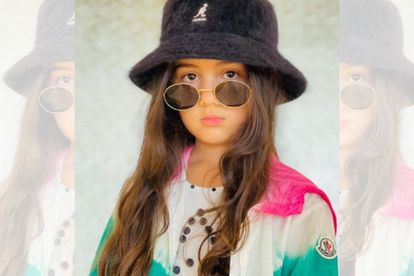 Dubai DJ Michelle Rasul recently became one of the world’s top DJs and competed in this year’s global championship…and she is only nine years old!

The youngest DJ in the world

According to AP News, the turntable whiz from Azerbaijan could spin turntables shortly after she learnt to read and write. She told the publication how she first got into it:

“I looked at my dad while he was practising DJ-ing and I saw him and was like, ‘Wow, is he doing magic or something? He’s a real magician, bro!’” Michelle told The Associated Press earlier this week, bubbling with enthusiasm.

“When I turned five, I told him on my birthday: ‘Dad, I want to be a world-famous DJ. I’m going to start practising’.”

As of recently, she ranked 14th out of 85 at the DMC World DJ Championship in the “Portablist” category, the global portable scratch competition. The 2021 competition was held online due to the coronavirus pandemic.

Although she didn’t advance to the next round this time, she’s determined to beat her father, Vagif “DJ Shock” Rasulov, a professional who taught her the tricks of the trade, in next year’s competition. Her father was place ninth in the championship.

“I love competing in battles. I just love DJ-ing,” she said. “It’s my passion.”

“She just catches things so fast. I realised that she’s a star, that she’s really talented.”

When her peers were listening to nursery rhymes, or as she put it, “‘Baby Shark’ stuff or ABC songs,” Michelle said she was hooked on rap legends like Tupac Shakur, Chuck D, Jay-Z, the Notorious B.I.G. and Michael Jackson, who remains her favourite.

Her Instagram account and persona as the self-described “youngest DJ in the world,” has racked up 110 000 followers. Online messages from aspiring DJs ages 6 to 65 poured in from around the globe, she said.

At the moment she is busy bouncing through life as a third-grader, attending online school, skateboarding, reading and hanging out with friends and dogs at her neighborhood park. But her heart is always in her turntabling.

“I can’t imagine my life without music,” she said. “Like from the start, from the very beginning, when I was really little.”