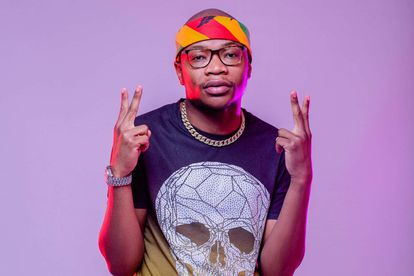 Master KG has taken the world by storm with his ‘Jerusalema’ hit. Image: Supplied

Master KG has taken the world by storm with his ‘Jerusalema’ hit. Image: Supplied

The list of nominees for the 2020 MTV EMA was announced on 6 October and “man of the moment” Master KG, alongside the Scorpion Kings, will be vying for votes in order to win this prestigious award.

The trio is nominated alongside the award-winning Nigerian afrobeats star Burna Boy who ironically collaborated with Master KG earlier in 2020 on the remix of his global Jerusalema hit.

The remix collaboration actually helped enter the original song into global charts and reach No 1 spot in 10 countries.

“A big thank you to my MTV family for nominating me again for this award and to my fans all over the world for listening to and supporting my music,” Burna Boy said in response to his MTV EMA nomination.

Rema from Nigeria, Sheebah from Uganda and Gaz Mawete from the Democratic Republic of Congo have also been nominated in the same category.

For he 2019 MTV EMA, Prince Kaybee, Nasty C, Harmonize from Tanzania Togo’s duo TooFan, Teni the entertainer and Burna Boy were nominated in the same category, with Burna Boy walking away with the award.

Through his victory, he joined the list of Nigerian superstars, such as WizKid, Tiwa Savage and Davido who have previously won in this category.

But judging by how Jerusalema and the Jerusalema Dance Challenge has taken the world by storm with YouTube views skyrocketing, our hopes are high that Master KG could bag the Best African Act award.

This would be the first time in 14 years for a South African artist or group to win the award since Freshlyground walked away with the Best African Act honours at the 2006 MTV EMA.

Reacting to the news on his social media, Master KG said:

“Thank you so much for this nomination in the Best African Act category at the EMAs. I’m so excited right now. This is a life-changing moment for me”

BTS and Justin Bieber each received five nominations, including in the categories Biggest Fans and Best Pop categories.

The 2020 MTV EMAs will air globally on MTV in 180 countries on Sunday 8 November 2020 and fans can vote for their favourite artists on the official MTV EMA site.

The “Best Local Act” category returns, with nominations including Lady Gaga who is leading the MTV EMA pack with seven nominations. Megan Thee Stallion, and Cardi B has been nominated for “Best US Act,” Justin Bieber, and The Weeknd for “Best Canadian Act” and Dua Lipa for “Best UK & Ireland Act.”