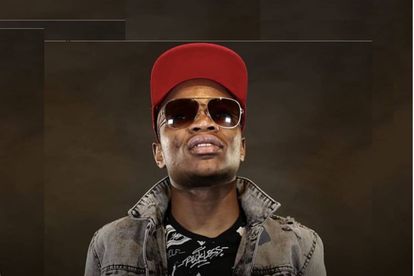 This makes the Limpopo-born artist and what some call “the song of lockdown” the leading nominee for this year’s awards.

“I’m So Excited 5 Nominations at This Year @afrimma Awards Please Vote for Me www.Afrimma.com Thank You #Jerusalema,” Master KG wrote on his Instagram feed.

The record producer and singer has nominations in the Best Male Southern Africa, Afrimma Video of the Year, Song of the Year, Best Collaboration and Artist of the Year categories.

The seventh edition of the African Muzik Magazine Awards will be held virtually on 15 November 2020, due to the COVID-19 restrictions.

“The Afrimma Virtual Awards 2020 is set to be the first of its kind in the African music world,” said the organisers.

There will be “performances from different artists around the world”, they said. Audiences will be able to watch the performances and award presentations on multiple streaming devices.

The song has gained global prominence over lockdown and healthcare workers, police, schoolchildren and even priests have danced the routine now known as the Jerusalema.

And dancers from countries, such as Romania, France, Germany, and many others have taken part in the #JerusalemaDanceChallenge, which may have started in Angola.

President Cyril Ramaphosa called for all to do the #JerusalemaDanceChallenge as part of Heritage Day celebrations on 24 September.

South Africans were unhappy that Master KG did not receive as much acclaim here as in other African countries and abroad.

After all, the Limpopo artist did not have a single nomination in the 2020 South African Music Awards in early August. This was even though his song received the most airplay, had a huge number of downloads and many views on YouTube.

However, it has been a global hit. The catchy tune has had many accolades and has steadily won views and fans around the world.