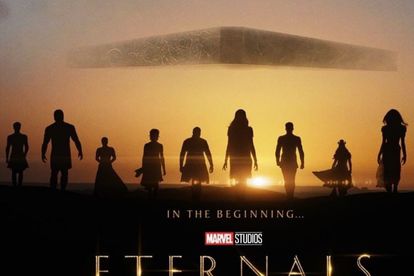 The trailer for Marvel’s upcoming film Eternals was released on 24 May and pulled in 77 million views on its first day, according to social analytical sources reported by Deadline.

MOST VIEWS FOR DISNEY-MARVEL PANDEMIC FILM

This marks the biggest online trailer drop for a Disney-Marvel film since the 14 months of the pandemic. Eternals beat the initial 24-hour traffic that Disney’s Cruella trailer received which was not far behind with 71 million views.

The film follows a diverse group of heroes who, according to Deadline, are technically aliens from an immortal race who have secretly lived on earth among civilians for thousands of years. Eternals is based in Phase Four of the Marvel Cinematic Universe and is set after the tragic events that occurred in Avengers: Endgame.

The film is scheduled to open in cinemas on 5 November.

Chinese-born director Chloe Zhao made history this year at the Academy Awards for being the first woman of colour to take home the Best Director Award for her film Nomadland and only the second female in the history of the awards show to be given the title.

Her directing won her several other awards this year, such as a Critics Choice Award, a Golden Globe, a Bafta and more. Now she’s bringing the world Eternals from Marvel.

There is already an Eternals comic book written by Kieron Gillen, however the superheroes are not as popular as other Marvel characters. Marvel got ahead of this minor setback by bringing in an all star cast.

The familiar faces to grace your screens this November are Angelina Jolie as Thena, Salma Hayek as Ajak, Game of Thrones Gemma Chan as Sersi, Kumail Nanjiani as Kingo, Kit Harington as Black Knight, Richard Madden as Ikaris and Barry Keoghan as Druig.