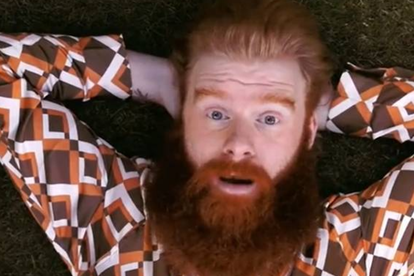 This man made a hilarious video that helped him land many job opportunities. Image via TikTok: @JayBeech

This man made a hilarious video that helped him land many job opportunities. Image via TikTok: @JayBeech

Times are tough and many people are scrambling as they try to secure themselves employment as jobs become more scarce than ever. One man is not taking it laying down and decided to make a TikTok application video that he will never regret. This is because after the clip went viral on social media, he was instantly bombarded with job offers.

When the Covid-19 pandemic hit, people across the world were without jobs as companies struggled to stay afloat.

One man is one of the thousands who found themselves jobless but instead of lamenting he decided to make a TikTok application video by remixing Gloria Gaynor’s disco classic I Will Survive.

In the video, marketing guru Jay Beech used his skills to put together the hilarious clip in which he sings about how he would love to get a new job.

According to Jay in a LadBible article, this is not the first time he has used a video to land himself a job and after the first success, he decided to give it another shot.

This turned out to be the best decision he could make after he received a number of job officers by companies who would obviously love to have someone as creative as him on their team.

“I knew the success that I had last time, and I also knew that I couldn’t come out with something more traditional this time because people would think it was underwhelming.

“Let’s turn it into something fun, and now two days later I’m interviewing with all the companies and hoping I’m going to get snapped up soon,” he told the publication.