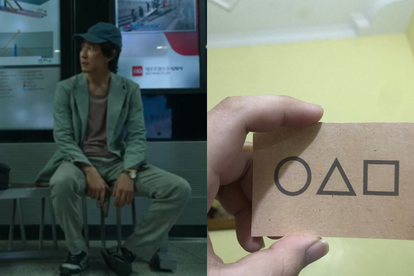 One man is getting harrassed over a Squid Game number blunder. Image via Twitter: @DamonFilmReview/@AraMallick

One man is getting harrassed over a Squid Game number blunder. Image via Twitter: @DamonFilmReview/@AraMallick

Imagine going from getting one or two calls daily to getting thousands after your number appeared in the world’s most popular series? One man need not imagine after his number was featured in Netflix’s Squid Game.

According to reports, he has received thousands of calls from fans who realised that the number on the famous Squid Game business card is actually active.

Netflix’s Squid Game has taken the world by storm. The series, which is quickly going on to become the most-streamed show on the platform, has garnered millions of fans across the world in a short period of time.

While this is amazing news for the series’ director Hwang Dong-hyuk and of course for Netflix, one man is being bombarded with calls from fans.

According to LadBible, the creators of Netflix unknowingly used his number on the famous Squid Game business card that is shown repeatedly in the series and soon fans figured out that the number was actually a working one.

Soon hopefuls looking to either join the Squid Game or just call the number from the popular series were giving the poor fella a call. The man has since contacted Netflix who have said there is nothing they can do about the situation.

“We can’t do anything since it already went out and it’s not like we did it intentionally. Honestly, we think the only option is for you to change your number.”

“Netflix’s response: ‘Tough, deal with it’

ALSO READ: Stream 11 of the top-rated movies of all time on Showmax