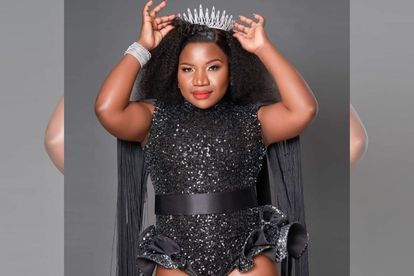 Limpopo-born artist Makhadzi has worked her way up to become one of South Africa’s most loved artists. The 25-year-old vocalist wowed the music industry with her debut album, Shumela Venda, in 2018 and took everyone’s breath away in 2019 with her hit Matorokisi.

After the single, she released the lively music video on 24 July and it quickly rose to the top spot on YouTube’s trending list.

She celebrated the news on Twitter sharing that she is the first female artist to reach one million views in five days. “Allow me to shine”, she wrote enthusiastically.

She further thanked fans for their love and support.

Makhadzi celebrated the Ghanama music video reaching 300 000 views in less than 24 hours, on 25 July. Shortly after trending, Sho Madjozi trended too. One Twitter user claimed Sho Madjozi was doing better than Makhadzi in the music industry because she is light-skinned.

Tweeps weighed in on the conversation with one tweep highlighting that Nomakanjani hitmaker Brenda Fassie and Mthatha born singer Busiswa have both pulled in impressive numbers, but they’re not light-skinned.

Before Makhadzi officially released Ghanama, she had a tussle with King Monada about the song over social media.

She took to Facebook Live to set the record straight on who actually has ownership of the song, explaining that she recorded with King Monada with the agreement that they would record two songs. One of which would solely belong to King Monada and the other belonging to her.

In the end, Makhadzi admitted the back and forth between her and King Monada was a publicity stunt leaving both artists to release their own versions of the song.