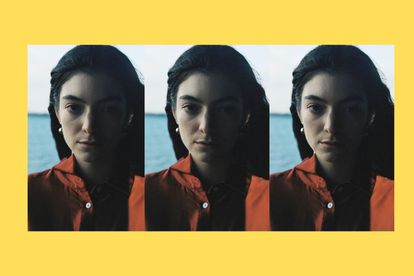 New Zealand singer Lorde has released her second single, Stoned at the Nail Salon, from her album Solar Power which is set for release in August.

ALSO READ: The boys are back! Swedish House Mafia returns with new single

‘STONED AT THE NAIL SALON’

Lorde offers a more introspective look at life in Stoned at the Nail Salon.

Lorde isn’t as carefree and feel-good as she was in Solar Power, the album-titled single which she released first as a teaser for her album.  Her forthcoming album will be her first full-length effort since 2017’s Melodrama.

Stoned at the Nail Salon is a little longer than four minutes and has backing vocals from alternative American artists, Clairo and Phoebe Bridges – as well as vocalists from New Zealand, James Milne and Marlon Williams. It’s co-produced by Lorde herself alongside long-time collaborator, Jack Antonoff.

Lorde covers themes of mortality, growing up and life away from social media in this deep-cutting song that’s thrummed with electric guitars and harmonies.

THE PERSPECTIVE OF THE WRITER

When speaking to Zane Lowe on his New Music Daily radio show on Apple Music, she explained her perspective and thought process behind her new song.

This song is sort of a rumination on getting older, settling into domesticity, and questioning if you’ve made the right decisions, said Lorde.

I think lots of people start asking those questions of themselves around my age, and it was super comforting to me writing them down, hoping they’d resonate with others too. I used this song as a dumping ground for so many thoughts, she added.

One of the undercurrent themes in Stoned at the Nail Salon, is that Lorde hasn’t been active on social media platforms for a couple of years now. It was a deliberate move to reduce her own stress and curb her social media addiction. In the above-mentioned radio show with Zane Lowe, she pointed out that moving away from internet trends came with insecurities over being forgotten.

And that’s what the song was born out of, was that insecurity of feeling like, ‘Oh, no one’s seen me in ages. I haven’t posted a picture of myself looking cool, Like I’m being left behind and obviously I leaned hard into that in the years that followed and it’s my joy to be left behind now, in a way, she said to Lowe.