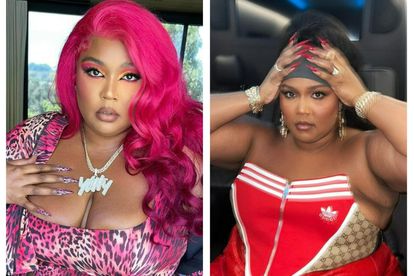 Lizzo is getting recognised in the music and television industry for her contribution. Images via Instagram: @lizzolizzobeeating

Lizzo is getting recognised in the music and television industry for her contribution. Images via Instagram: @lizzolizzobeeating

Singer-songwriter Lizzo is finally being recognised for her contribution in making people feel empowered and liberated through her music by E! Entertainment.

E! has announced that Emmy and Grammy Award-winning singer, songwriter Lizzo will receive “The People’s Champion” award at the 2022 People’s Choice Awards.

According to a released statement, “Lizzo will be recognized for her ground-breaking contributions to music and television, as well as her commitment to championing overall diversity and inclusivity across race, gender, sexuality, and size”.

Cassandra Tryon, SVP, Entertainment Live Events, NBCUniversal Television and Streaming said, “Lizzo is not only an incredibly talented performer and groundbreaking entertainer, she is also a role model and inspiration to fans worldwide.

“She leads with kindness, advocates for inclusivity, and champions increased diversity and equity in the industry and beyond… Her commitment to breaking barriers and empowering others to use their own voices to create change makes her a true ‘People’s Champion.’”

Past recipients of “The People’s Champion” award include Dwayne ‘The Rock’ Johnson, Tyler Perry, P!nk, and Bryan Stevenson.

Lizzo was crowned 2019’s “Entertainer of the Year” by both TIME and Entertainment Weekly and she has adorned the covers of countless publications around the globe including Vanity Fair, Variety, People, Rolling Stone, Billboard, Elle, British Vogue, and many more.

Lizzo can currently be seen in the Emmy Award-winning #1 hit reality show, Amazon Prime Video’s Lizzo’s Watch Out For The Big Grrrls.

The actress has also recently added fashion entrepreneur to her multi-hyphenate career by joining forces with parent company Fabletics, Inc. for the launch of her revolutionary new shapewear brand, YITTY, with sizes ranging from size 6X to XS.