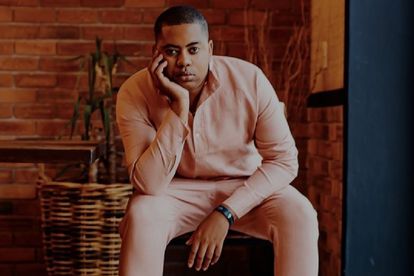 Actor Linda Majola has bid farewell to viewers of ‘The Wife’. Image via @lindah_majola/Instagram

Actor Linda Majola has bid farewell to viewers of ‘The Wife’. Image via @lindah_majola/Instagram

The Wife viewers will not be seeing Hlomu’s effervescent twin, Langa (Linda Majola) in the third season of the Showmax telenovela.

As the show’s second season came to an end on 5 May, Majola also said his goodbyes to viewers, saying he’s moving “on to greener pastures”.

The talented actor shared the news of his exit from The Wife on social media, much to the disappointment of the viewers.

“Being on #TheWifeShowmax has been such an amazing experience. A beautiful portrait of dreams becoming a reality. On to greener pastures,” he wrote. Shortly followed by a tweet that read “unemployed”.

LINDA MAJOLA IN ‘THE WIFE’

The 25-year-old TikTok content creator and actor made his debut on the small screen when he bagged his role as Langa in the telenovema inspired by Dudu Busani-Dube’s best-selling books The Hlomu Series.

When Majola bagged the role last year, he said there were some similarities between him and Langa as they are both queer and have gone through similar experiences.

“The persona is similar, and the life experiences as well. I’ve had to also navigate the difficulties of being a queer man and being in rooms where people might not actually agree with my life and who I am.”

WHERE TO FOM HERE?

Since joining the show, Majola has become a household name as viewers fall in love with him with every scene. Being on the show also opened more doors for him as he scored a cooking reality show titled The Wedding Chef on SABC1 in January.

In addition, he is the co-host of a podcast show called The Wellness Plug alongside presenter Katlego Maboe and medical doctor, DR Tshidi Gule.