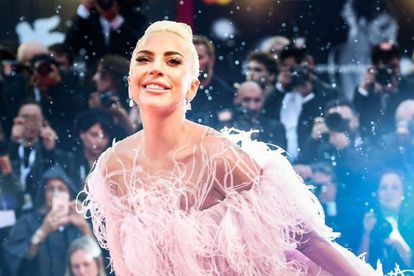 Lady Gaga has confirmed her role in the ‘Joker’ sequel. Image via Twitter @queengagashii

Lady Gaga has confirmed her role in the ‘Joker’ sequel. Image via Twitter @queengagashii

Three years after the release of the thriller-action film, The Joker, the film’s sequel is already in the works. Award-winning singer and actor Lady Gaga has confirmed her role in Joker: Folie à Deux, alongside Joaquin Phoenix who will reprise his role as Joker.  Although it is yet to be announced, Gaga may play the role of Harley Quinn.

Joker: Folie à Deux is the sequel to the 2019 DC film, The Joker. The film achieved more than $1 billion (R16.5 billion) at the box office and became the sixth highest-grossing film of the same year. The development of the sequel was confirmed in May 2022.

According to Time Out, the film’s title, Joker: Folie à Deux, translates to “Madness for Two” which refers to a delusional disorder shared by two people. Todd Phillips, who was behind the camera for the first Joker film, will also be directing the sequel.

Taking to Instagram on Thursday 4 August, Phillips shared a picture of the film’s script officially confirming that the film is in the works.

In June, Variety reported that Oscar winner Lady Gaga was in talks to play Harley Quinn in Joker: Folie à Deux which is reportedly set to be a musical.

Taking to Twitter on 4 August, the Shallow hitmaker confirmed her role in The Joker sequel but did not confirm what role she would be playing in the film.

Gaga posted a teaser for Joker: Folie à Deux that was accompanied by Cheek to Cheek, a duet between her and Tony Bennett.

Reacting to the teaser posted by Lady Gaga, tweeps were excited about the multi-talented star’s role in Joker: Folie à Deux.

“Not gonna lie, I wanna Gaga to win her Oscar for this. Just to watch the ensuing chaos,” wrote one tweep.

“Y’all can say whatever y’all want but this woman is working her ass off and deserves her success,” wrote another tweep.

“I think this great. This first movie was great too. Not an all time classic but a good, straightforward edgy movie. If you don’t like edgy movies, stop watching them and let us edgelords bathe in the tripe.”