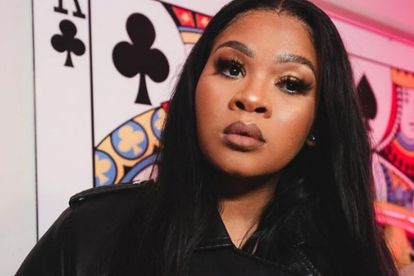 THE CHOSEN ONES: LADY DU AND DJ PH

27 September marks the day Mexicans celebrate the end of the Mexican War of Independence. This day is regarded as the Consumación of Independence Struggle.

According to Lady Du’s Instagram page, she and DJ PH were elected by Ramaphosa to represent South Africa at three events held in the Mexican state of Zacatecas.

At one of the events, the amapiano star performed her collaboration with Junior De Rocka, Catalia, and said that she was grateful that she was able to perform the song in the country that inspired it.

“Remember Colombiana the movie?? That’s the Catalia this song is about, guess what God did??? Brought me to the country they shot it at!!”.

LADY DU BRINGS THE HOUSE DOWN WITH ‘JERUSALEMA’

“It is such moments where you realise this is no longer about you, guess who had the president of Mexico dancing last night after they gave us appreciation certificates.”

If you didn’t know that Lady Du was also a DJ, well now you know…She shared on her Instagram that she comes from a musical family. She got her love of music from her father, DJ Choc.

“Our home is a music museum with over a thousand vinyls and a big studio.”

She kicked off her career at just nine years old and father DJ Choc is well known in the music industry.