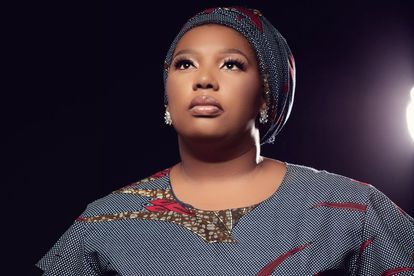 A cultural expert has said streaming giant Showmax ‘is to blame’ for LaConco’s Isithebe Senzintombi event on ‘Real Housewives of Durban’. Image via Twitter @la_conco

A cultural expert has said streaming giant Showmax ‘is to blame’ for LaConco’s Isithebe Senzintombi event on ‘Real Housewives of Durban’. Image via Twitter @la_conco

In episode 10 of Real Housewives of Durban (RHOD), Nonkanyiso “LaConco” Conco hosted an “Isithebe Senzintombi” (A Table for Virgins) event that was criticised by cultural experts. One expert said LaConco “distorted” the isiZulu culture with the event.

In response to the criticism, streaming giant Showmax has distanced itself from the event. RHOD director, Thumeka Hlotshana, told DailySun that what the women choose to do in each episode of the show is “entirely at their discretion”.

Speaking to DailySun, University of KwaZulu-Natal lecturer, Dr Gugu Mazibuko, said according to culture, LaConco “is the last person to host and teach virgins about life”.

“LaConco can’t host and groom virgins about life or virginity because she’s not married and is not iqhikiza [leader of the young maidens],” added Mazibuko.

“Showmax is to blame. They should have researched or consulted for that particular episode unless their intention was to misrepresent our culture and mislead the nation.”

Cultural activist, Dr Nomagugu Ngobese said: “They should have warned the public that Isithebe Senzintombi is not a true reflection of our culture.”

RHOD director, Thumeka Hlotshana, told the publication that the cast members come up with their own ideas for the events on the show.

“RHOD is an unscripted reality show and what viewers see on screen is the real lives of the women.”

“What they choose to do in each episode is entirely at their discretion.”

IS LACONCO A FAN FAVOURITE?

LaConco is one of the most-loved cast members on RHOD. After having a child with former president Jacob Zuma, viewers have been more interested in the  27-year-old’s life.

“You need a certain level of maturity to understand that LaConco doesn’t owe anyone anything about her personal life,” said one tweep.

“The way LaConco knows so much about everyone but refuses to talk about herself is a bit scary and suspicious,” wrote another tweep.