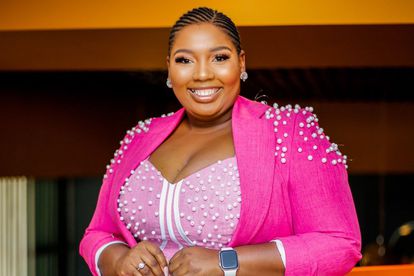 LaConco is set to be the new presenter of ‘Our Perfect Wedding’. Image via Twitter @

LaConco is set to be the new presenter of ‘Our Perfect Wedding’. Image via Twitter @

LACONCO TO HOST ‘OUR PERFECT WEDDING’

LaConco first stormed onto local television screens on RHOD in January 2021. The television star, who shared a child with former president Jacob Zuma quickly became a fan-favourite as more people became interested in her life.

Four months after the second season of RHOD, LaConco has taken to Twitter to share that she will now be host of Our Perfect Wedding. The series is set to premiere on Sunday 25 September

Taking to Twitter on Thursday 15 September, she wrote: “Ladies and gentleman, grace on duty! 25 September on 161, it’s a date.”

Congratulating LaConco on her Our Perfect Wedding presenting gig, tweeps said the RHOD star is perfect for the job.

“Congratulations, sweerie! I can’t think of a better host than you,” wrote one tweep.

“Perfect choice for the presenter role!” wrote another tweep.

“This energy is what this show needed.”

LaConco was a fan-favourite on RHOD for being outspoken with her castmates. Fans also loved her relationship with Mabusi Seme. In an interview with Channel24, Mabusi said her friendship with LaConco was still going strong.