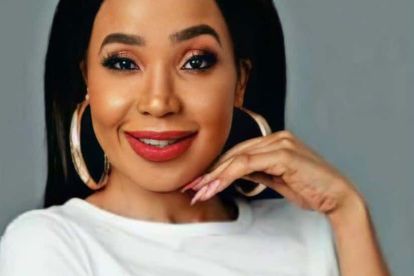 Last week, the country was distraught after learning that Nomasonto Maswanganyi, popularly known as Mshoza, died on Wednesday 18 November from what has now been confirmed by her manager as complications from diabetes.

In what can be seen as a double tragedy for the football and entertainment fraternities, her ex-boyfriend and former Mamelodi Sundowns defender Anele Ngcongca tragically passed away in a car accident in northern KwaZulu-Natal on Monday 23 November — less than a week after Mshoza’s death.

The couple started dating in 2018, and in 2019 they revealed that they were expecting a baby, but unfortunately Mshoza reportedly miscarried. In the same year, Mshoza broke up with the soccer star, saying: “We could no longer stay in a relationship”.

Fans were shocked to hear about the kwaito star’s death last week and tributes have been pouring in for Mshoza, whose real name was Nomasonto Maswanganyi, since news the broke — read more here.

Thanduxolo Jindela, who has been the 37-year-old Kwaito musician’s manager for 11 years, confirmed to The Sowetan that Mshoza had been living with diabetes for a long time and that she had been receiving treatment for it.

Diagnosed with diabetes in 2014

The so-called “First Lady of Kwaito” was diagnosed with the disease in 2014, when she was hospitalised due to experiencing severe diabetes-related symptoms.

This time around she was rushed to hospital the day before the disease finally claimed her.

“We were obviously keeping it out of the media that she was hospitalised yesterday [Wednesday]. Remember, there is Mshoza that everyone loves and knows.

“Then there is Nomasonto and she didn’t like such things to be known,” Jindela told The Sowetan.

Stars mourn one of their own

Actress Pearl Thusi shared a snippet of an interview she had done with Mshoza for BET’s Behind The Story on 20 November, in which Mshoza had opened up about how difficult it had been for her to deal with the death of another music legend Lebo Mathosa 14 years ago.

The video post is titled “Rest in Power baby girl”, and in it Thusi thanks Mshoza for her “beautiful energy, vulnerability and honesty”.

Thank you for the music. Thank you for giving me an opportunity to share your story and celebrate you, Mshoza “bozza”, The Godmother. Siyohlala sikukhumbula.”

World Diabetes Day was just over a week ago, and celebrities such as American actress Halle Berry, a long-time diabetic, have been taking action to educate and raise awareness of the disease.

And here’s how technology can help manage diabetes:

Technology can help manage diabetes but it’s not being used

Other kwaito legends gone too soon

Mashoza is one of the several South African music legends who left us too soon.

The Vulindlela hitmaker died in 2004 at the age of 39 — one of the greatest losses in the South African music industry. She left behind many hits, such as Weekend Special, to be enjoyed for decades to come.

Mandoza, real name Mduduzi Edmund Tshabalala, died in 2016 at 38. He had owned the kwaito scene with classics like Nkalakatha.

Mathosa had started her career with the Boom Shaka and her albums, among them Dream, Drama Queen and Lioness, live on.

She died in 2006 in a car crash at just 29. In 2019, BET Africa filmed a six part mini-series about the life of Mathosa called Dream: The Lebo Mathosa Story — more about that here.