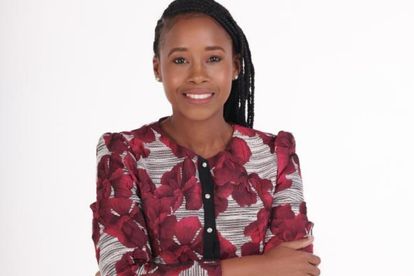 A local doccie shining the spotlight on substance abuse has been selected for the Input 2022 in Barcelona, Spain. Image via Twitter @AzaniaPublic

A local doccie shining the spotlight on substance abuse has been selected for the Input 2022 in Barcelona, Spain. Image via Twitter @AzaniaPublic

Kick It, a local documentary series that shines the spotlight on substance abuse has been selected for the International Public Television Conference 2022 (Input) in Barcelona, Spain.

Speaking to TshisaLive, producers Lungelo Dhladhla and Sbu Ngobeni said they were humbled to be recognised by the international entertainment industry.

Kick It is a doccie series that takes a look at substance abuse and how it has affected different communities in South Africa. According to Daily Sun, one of the aims of the series was to rally local communities to fight against its effects. Gauteng Premier David Makhura said Kick It was a tool to bring substance abuse to a halt.

“It proves that as a people, we have managed to put aside everything else to address the problem of drugs in communities like we should, as a community,” said Makhura.

The first season of the series was hosted by fitness guru Kabelo Mabalane and the second by veteran actor Israel Matseke Zulu.

‘KICK IT’ FLIES HIGH IN BARCELONA

Sbu Ngobeni told TshisaLive that Kick It being selected for Input 2022 means she and Lungelo Dhladla are producing work of an exceptional international standard. Lungelo added that they were only gunning for a South African Film and Television Awards (which they bagged in 2019).

“I think our levels of achievement when it comes to our stuff is very low and I think God was like: ‘Listen here, there is a lot that you are doing and I think you need to elevate your achievements and your goals in terms of what you wanna reach.’”

“To be honest we knew there was this conference called the Input Prestige but we never thought we could be part of it. It’s not something that producers are allowed to come and apply, so it’s actually national broadcasters of different countries that apply on our behalf.”

More than 80 television productions from all over the world have been selected for the Input 2022. The conference is set to take place between Monday 9 May and Friday 13 May. Kick It will be screened on Wednesday 11 May.

The Riviera,  a drama series exploring the difficulties of growing up in Cape Town in the 1980s, has also been selected for Input 2022. It will be screened on Tuesday 10 May.