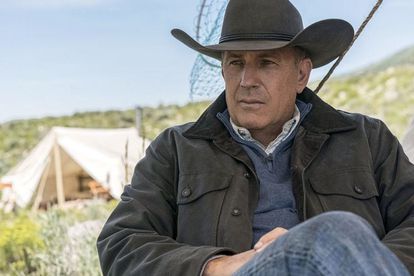 Kevin Costner is set to star in and direct the new Western, Horizon.

The Yellowstone star has played Montana rancher John Dutton in the hit drama since 2018, but he’s not ready to hang up his cowboy hat just yet.

ALSO READ: Jason Momoa has been cast in ‘Fast and Furious 10’

The 67-year-old actor is set to produce and finance the upcoming feature film through his production firm Territory Pictures.

“Horizon tells the story of that journey in an honest and forthcoming way, highlighting the points of view and consequences of the characters’ life and death decisions,” he told Deadline.

The flick will tell the history of “America’s expansion into the west was one that was fraught with peril and intrigue from the natural elements, to the interactions with the indigenous peoples who lived on the land and the determination and at many times ruthlessness of those who sought to settle it.”

Casting for the project will start next month, with production pencilled in for August in Utah.

KEVIN COSTNER DOES NOT SEE ‘LET HIM GO’ AS A WESTERN

Meanwhile, the star previously insisted he doesn’t think of Let Him Go as a Western.

Costner played retired sheriff George Blackledge in Thomas Bezucha’s movie but feels that the movie differs from a typical Western despite the characters and 1960s setting.

“I don’t think of it like that, just as I don’t think of Star Wars as a Western in space. I thought of this as a movie set in the (60s) and people in the Midwest, they still raise animals and they have horses, and once in a while they have to arbitrate their own problems. Which is kind of what the west was about,” he said.

The film – which is adapted from Larry Watson’s novel of the same name – centres on George and his wife Margaret (Diane Lane) as they set out to rescue their daughter-in-law and grandson from a dangerous off-grid family and he simply viewed the project from its plot.

“I saw it as a man with a long relationship with a woman, a hard-headed woman, a woman who morally thinks she’s right, ethically she is right, but the reality of what she wants to do is really a threat.”

“It’s a bigger threat to her than she can imagine, and my character sees it very very clearly, and he stoically, begrudgingly, he goes along to protect her.”

ALSO READ: Kristen Stewart’s directorial debut is from a memoir that is ‘ragingly female’