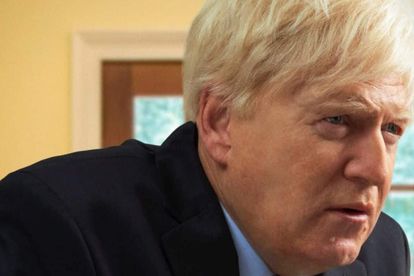 The 60-year-old star looks uncannily like the British prime minister in a first-look photo of his remarkable transformation for the new COVID-19 drama series.

Branagh the ‘very image’ of Johnson

The picture shows Branagh as the very image of Johnson, with his trademark blonde locks as he appears stern in a sharp suit.

He’s no stranger to portraying real people either, having previously starred as William Shakespeare in All is True.

Meanwhile, the upcoming Sky programme will focus on the UK during the COVID-19 pandemic, with filming already underway.

The broadcaster said in a statement: “The five-part drama will chart the events surrounding the UK prime minister, the government, and the country in the face of the first wave of the global pandemic.”

The programme – which will air on Sky Atlantic and Now TV in 2022 – will delve into the first wave of the global pandemic, including the government’s response and the work done in care homes and hospitals.

Drama based on first-hand testimonies

And it’s said the drama is based on first-hand testimony from those who have been in the middle of the health crisis, from individuals at No 10 Downing Street through to those at the Department for Health and the Scientific Advisory Group for Emergencies (SAGE).

As it stands, no further casting news has been revealed, although it’s been co-written by Michael Winterbottom (The Trip and Greed) and Defending the Guilty creator Kieron Quirke.

Winterbottom commented: “The first wave of the COVID-19 pandemic will be remembered for ever.

“A time when the country came together to battle and invisible enemy. A time when people were more aware than ever of the importance of community.

“Our series weaves together countless true stories – from Boris Johnson in No 10 to frontline workers around the country – chronicling the efforts of scientists, doctors, care home workers and policymakers to protect us.”