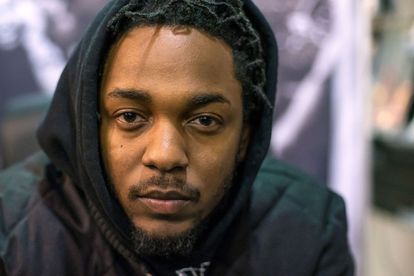 Kendrick Lamar is set to produce a comedy film with the co-creators of ‘South Park’. Image via Twitter @rapflixx

Kendrick Lamar is set to produce a comedy film with the co-creators of ‘South Park’. Image via Twitter @rapflixx

Grammy award-winning rapper Kendrick Lamar is reportedly venturing into the film industry and will be a part of a team of producers who will produce a live-action comedy film. Unfortunately for Lamar, his fans have expressed that they are not pleased with the film’s narrative.

According to Deadline, Kendrick Lamar will produce a comedy film with South Park co-creators Matt Stone and Trey Parker. The film was written by American stand-up comedian Vernon Chatman for Paramount Pictures.

The film’s narrative reads: “The past and present come to a head when a young black man who is interning as a slave reenactor at a living history museum discovers that his white girlfriend’s ancestors once owned his”.

Paramount Pictures CEO Brian Robbins has expressed the production company looks forward to welcoming the collaboration between Lamar and the South Park creators.

When news broke about Kendrick Lamar’s new film venture, some tweeps were not impressed. Many questioned the narrative of the film.

One tweep wrote: “You can’t put comedy and slave in the same description. You just can’t.”

“This was meant to give comedy, but it’s giving Get Out 2, wrote another tweep.”

“Can you just make and drop the album pls that’s it.”

“Nah get back in the studio.”

Kendrick Lamar last released a full-length album in 2017 when he worked on the Black Panther soundtrack.

In August 2021, the star rapper teased an album release on a site he created highlighting that it would be his last with his record label Top Dawg Entertainment (TDE).

“As I produce my final TDE album, I feel joy to have been a part of such a cultural imprint after 17 years. The struggles, the success and most importantly, the brotherhood.”

“Thank you for keeping me in your thoughts. I’ve prayed for you all. See you soon enough.”