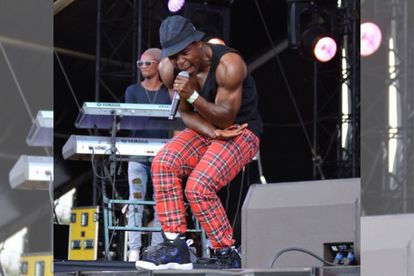 Kabelo Mabalane formed a part of the legendary Kwaito group TKzee with Zwai Bala and Tokello Tshabalala. The Sama award-winning group were a force to be reckoned with in the South African music industry, but have since gone their separate ways.

After taking a break from music for some time, Mabalane is coming back onto the music scene in an exciting new collaboration.

Mabalane took to his Instagram page on Sunday to share his collaboration with producer and DJ Da Kruk, Keep Walking.

On the Instagram post, he wrote, “Haven’t been in studio in a minute. Da Kruk convinced me to come out and play with the other kids and we put together this piece. More on the way.”

Speaking to TshisaLive, Mabalane mentioned that music is a spiritual experience for him. He further mentioned that Da Kruk had reached out to him and sent him a few beats.

“I think I’m in the right frame of mind now to make music that’s really honest to who I am and where I’m at and I had to go through the process.”

He shared that he made the song with Da Kruk three months ago and his kids have been loving everything about it.

Their single Keep Walking will officially be released on 10 September.

THE FITNESS GURU AND THE AUTHOR

Mabalane launched his very own fitness and wellness center in Johannesburg in 2019. He has been reaching all sorts of fitness milestones including running from Johannesburg to Durban to raise R6 million for underprivileged children.

The run from Johannesburg to Durban took 17 days and Mabalane did it with his coach Peteni Kuzwayo. The pair ran a whopping 600km.

Kabelo Mabalane is also an author and released his book I Ran For My Life in 2015. In the book, Mabalane speaks about growing up in Soweto, overcoming drug addiction and being a multi-platinum selling musician amongst other things.