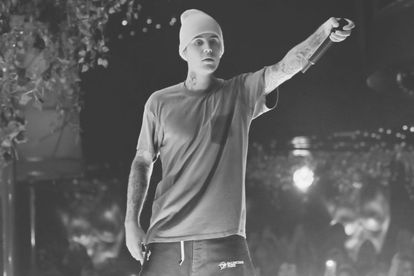 If his recent concert in Saudi Arabia is anything to go by, Justin Bieber is clearly unplugged from the rest of the world.

The pop singer ignored calls to boycott the concert after performing in the Arab country over the weekend. The Lonely hitmaker performed in the city of Jeddah as part of the Saudi F1 Grand Prix.

Te 27-year-old donned a red and white Balenciaga tracksuit as he sang and danced to a sold-out crowd in the country’s biggest city.

The star – accompanied by wife Hailey Bieber – performed hit songs like Deserve You, Somebody, Hold On and many more.

Also performing at the F1 show were US stars A$AP Rocky, Jason Derulo and DJs David Guetta and Tiesto.

However it was Bieber who felt the overwhelming pressure to call off the concert from fans and human rights activists.

The fiance of slain Saudi journalist Jamal Khashoggi; Hatice Cengiz wrote an open letter to the singer in the Washington Post, begging him to “not to sing for murderers”.

Khashoggi was killed as part of an assassination plot orchestrated by the Crown Prince in 2018.

She wrote in the op-ed: “Cancel your performance in Saudi Arabia. This is a unique opportunity to send a powerful message to the world that your name and talent will not be used to restore the reputation of a regime that kills its critics.”

“How nice to throw your support behind the such a free thinking and non murderous regime. ⁦@justinbieber”

“People are put to death if they convert from Islam to Christianity in Saudi Arabia. @justinbieber is going to perform there and he is a Christian. I am so disappointed in him”

“I’m extremely disappointed in everyone who is okay with Justin Bieber, Jason Derulo and David Guetta doing a concert in Saudi Arabia.”

Others, on the flip side, defended the singer.

“Leave him out of it. It’s not about him, he was asked to do a job. And he took it. Good for him. Not everything has to be political!!”

“There are Beliebers in Saudi Arabia. Can’t disappoint them”