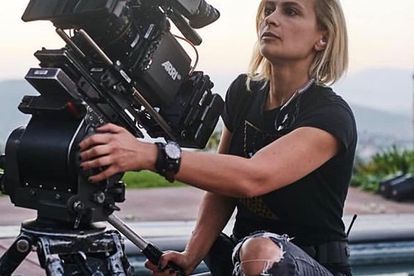 A ‘Rust’ crew member has vowed to seek “justice” for her late colleague, Halyna Hutchins, who was fatally shot by a prop gun discharged by Alec Baldwin on the set of the movie.

ALSO READ: Killed on set: Round-up of famous Hollywood tragedies over the years

At a vigil held in honour of the 42-year-old cinematographer at The Albuquerque Civic Plaza in New Mexico this weekend, the anonymous staff member, who had walked away from filming the Western over safety concerns, told The Sun:

“We want to see justice for Halyna. She was more than just a camera person who got shot, she was a brilliant person. We’ll be able to talk more after we talk to the investigators and give them the evidence.”

“When she talked to you and asked your opinion she meant it, she wasn’t just going through the motions. She was the [director of photography] but she wasn’t ahead of you, she was an equal and a friend.”

The International Cinematographers Guild hosted the memorial, and president John Lindley read a tribute on behalf of the late filmmaker’s husband Matt Hutchins.

It read: “Halyna inspired us all with her passion and vision and her legacy is too meaningful to encapsulate in words. Our loss is enormous and we will need time to process our grief.”

“The outpouring of sympathy from her many friends has been overwhelming. We thank everyone for their kind and generous sharing of images and stories of her life. Please take time to remember her, and we will all work together to honor her memory and emulate her determination.”

ALEC BALDWIN WAS TOLD THE GUN WAS SAFE

Court documents revealed that the Hollywood star was handed a loaded weapon and told it was safe to use on set.

Baldwin, 63, was given the weapon by an assistant director who indicated it was safe, court documents revealed.

An affidavit signed by Detective Joel Cano of the Santa Fe County sheriff’s office confirmed that the assistant director shouted “cold gun” – meaning the weapon didn’t have any live rounds in it. The firearm was one of three prop guns prepared by the armourer and set up outside on a cart.

The assistant director “did not know live rounds were in the prop-gun”, according to the affidavit.

The actor – who has been supporting Halyna’s family – addressed the tragedy on Twitter, admitting he was still in a state of “shock”.

Baldwin wrote on the micro-blogging platform:

“1- There are no words to convey my shock and sadness regarding the tragic accident that took the life of Halyna Hutchins, a wife, mother and deeply admired colleague of ours. I’m fully cooperating with the police investigation to address how this tragedy occurred and

“2- I am in touch with her husband, offering my support to him and his family. My heart is broken for her husband, their son, and all who knew and loved Halyna.”