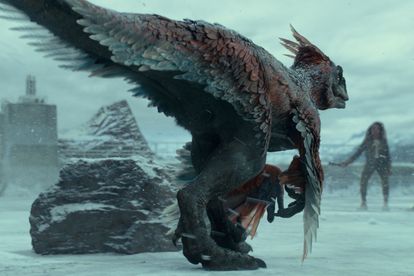 The Jurassic World trilogy was an attempt to reignite the fire of the original Jurassic Park blockbuster. About 29 years and six movies later, the latest instalment in this historic franchise, Jurassic World Dominion, is now showing at theatres. Is it merely a case of “wash, rinse and repeat”?

This time, Chris Pratt — who reprises the role of Owen Grady — gets thrown in as the candy due to his magic ability to train raptors previously shown to be cunning killing machines. Enter “evil corporation man number 2” who wants to use said raptors as trained weapons for military operations.

An even bigger carnivore is in the mix and the same scenario plays out once more with plenty “nostalgia berries” thrown in to remind you of just how superior the original was.

The love story however is gone, rendering the end of the last movie pretty much nul and void. This, while adding a pointless “twist” with the introduction of a “clone child” of John Hammond’s business partner who was never even mentioned in the canon before.

To cap it all off, the dinosaurs are taken off the island and sold at an auction which goes terribly wrong.

The result? Dinosaurs now live — and hunt — alongside humans all over the world. This fragile balance will reshape the future and determine, once and for all, whether human beings are to remain the apex predators on a planet they now share with history’s most fearsome creatures.

Dominion was hyped as the epic conclusion of the whole saga and would be the epitaph of our beloved characters of Dr Alan Grant (Sam Neill), Ellie Sattler (Laura Dern) and Dr Ian Malcolm (Jeff Goldblum) who was along for the ride right from the beginning.

The trailer proposed a world where dinosaurs roam free among us and the struggle of mankind to survive in this new paradigm. It gave the impression that our heroes unite once more and try to survive the new harsh environment.

With this in mind I went into the movie, albeit still with an open mind,  and wolfed down on my popcorn ready to see this new world.

The movie starts off with a massive sea beast dinosaur sinking a fishing vessel and I thought my predictions about the trailer was about to be confirmed. It contradicts itself almost immediately with a brief montage of how dinosaurs are among us and somewhat of a problem. They are however supposedly contained and shipped off to the new evil generic corporation Biosyn in some remote location in the mountains of Italy.

Cut away to Owen wrestling down a dinosaur cowboy style and we are introduced to clone Maisie (Isabella Sermon). Owen’s “pet” raptor Blue is back and has managed to have a baby now.

Long story short, clone and baby raptor gets caught by poachers for evil corporations to use as genetic experiments and big action pieces follow which felt more like a Bourne than a dinosaur movie with motorbike chases outgunning three raptors.

Dr Malcolm now works at new evil corporation and invites Ellie and Grant to visit the remote base to infiltrate the secret lab.

Then the movie slips into the same territory and wash, rinse and repeat. Everything goes to hell and they must fight to escape the hostile environment. The lecture of man’s foolish attempt to control nature and the folly of this resurfaces.

Dominion is sadly not the epic conclusion that this franchise deserved. This could have been a home run. There were good elements to work with and it could have taken a slightly new direction. The premise of dinosaurs ferociously being unleashed and humans trying to survive and adapt could have been an interesting narrative

Nostalgia when applied right is not a bad thing. In fact, I recently watched Top Gun: Maverick and I can honestly say it rates as one of my favourite movies of the last couple of years.

Reuniting of the old cast was done well in Dominion and did not feel forced. With that said, the beats of the movie however is too similar with the same tropes as in all the other Jurassic movies.

The vague ending definitely leaves itself open enough for the possibility of yet another movie. So for me this is just another Star Wars saga where the IP will be milked till infinity.