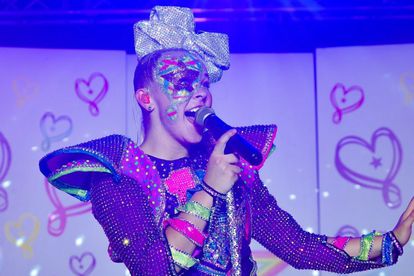 Dance Moms star Jojo Siwa will be returning to television in a historic first. The multitalented star will feature on the upcoming season of Dancing With The Stars in the series’ first-ever same-sex couple.

‘DANCING WITH THE STARS’ HISTORY

The 30th season of Dancing With The Stars is set to kick off on 20 September. The new season of the competitive dance show will see 18-year-old Jojo Siwa form part of the series’ first-ever same-sex couple.

Siwa expressed her excitement for the new season in a video post shared by the show on Twitter.

“I’m so excited to be a part of this year’s Dancing with the stars, SEASON 30! And to be dancing with a girl, I think it’s so cool. It’s gonna be the best ever!”.

Jojo Siwa came out as a member of the LGBTQI+ community earlier this year. In an exclusive interview with People, she said she’s still figuring out her sexuality.

“I don’t know, bisexual, pansexual, queer, lesbian, gay, straight. I always just say gay because it just kind of covers it or queer because I think the keyword is cool”.

She mentioned that she spends most of her time rehearsing, editing videos and making TikToks.

Jojo Siwa is currently working on a musical film titled The J Team that she stars in as herself. The film sees Siwa and her best friends facing the wrath of their dance coach Poppy, played by My Wife and Kids actress Tisha Campbell. In the film, Siwa finds new ways to express her love for dance.

When asked if there were any differences between Jojo Siwa in The J Team and herself, she explained that the character is completely her.

“This was a whole thing before we started filming The J Team. Am I playing Jojo, or am I being Jojo? And the line is very fine- I mean, there’s not even a line, it’s so fine.”

The J Team will officially be released on 3 September.

Check out the trailer here: