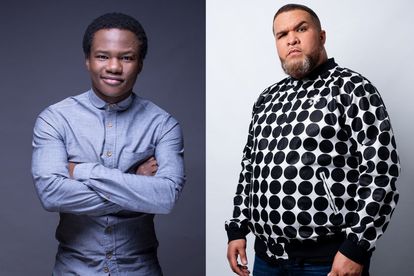 Loyiso Madinga and Jason Goliath are set to perform at the Johannesburg International Comedy Festival in March! Images: Supplied

Loyiso Madinga and Jason Goliath are set to perform at the Johannesburg International Comedy Festival in March! Images: Supplied

The sixth edition of the Johannesburg International Comedy Festival (JICF) is set to take place between Thursday 24 March and Tuesday 29 March at the Maslow Hotel and the Theatre on The Square in Sandton. The JICF is set to bring some light-hearted energy to our pandemic blues and promises to be one of the most exciting comedy events in Africa this year.

ALSO READ: City of Gold: Joburg named one of the best cities for arts and culture

Founded in 2015, the JICF is one of the biggest celebrations of comedy in Africa, showcasing the very best of local and international talent.

Although the JICF is a comedy festival, you can expect more than just comedy shows. There will be panel discussions, podcasts, behind-the-scenes content, photo ops and after-show drinks.

Founder and director of the JICF, Takunda Bimha, says they are beyond excited to be hosting the next edition of the festival.

“The overwhelming response to our mini-festival property COVID Relief, staged late last year, served to confirm that Joburg is ready to embrace live comedy again and laugh the pandemic blues away (if only for a few nights).

The JICF will take place at the Maslow Hotel and the Theatre on The Square in Sandton, Johannesburg.

Tickets for the six-day affair are available at R200 each.

Find the lineup for each day and tickets here