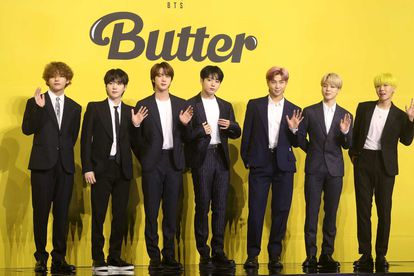 Members of South Korean K-pop boy band BTS pose for photographs during a press conference to promote their new single album ‘Butter’ in Seoul on 21 May 2021. Image:
Dong-A Ilbo / AFP

Members of South Korean K-pop boy band BTS pose for photographs during a press conference to promote their new single album ‘Butter’ in Seoul on 21 May 2021. Image:
Dong-A Ilbo / AFP

The 78-year-old politician revealed during a White House meeting with South Korean President Moon Jae-In that he is a big fan of Korean popular music, whose artists include BTS and Blackpink.

He said: “Our people, our people-to-people and cultural connections are only growing.

“K-pop fans are universal. I can tell those who laugh know what I’m talking about. Anyway I’ll get back to that later.”

K-pop, short for Korean popular music; is a genre of music originating in South Korea as part of South Korean culture. It is influenced by styles and genres from around the world, such as pop, experimental, rock, jazz, gospel, hip hop, R&B, reggae, electronic dance, folk, country, and classical on top of its traditional Korean music roots

Meanwhile, BTS recently broke their own record for most YouTube views in the first 24 hours of release with their new English-language single ‘Butter’ by hitting 113 million views.

It also hit No 1 on the US iTunes chart within just two hours of its debut.

BTS also walked away with four Billboard Music Awards on Sunday 23 May.

The group have called the song their “summer anthem” with RM telling Billboard: “While ‘Dynamite’ was an upbeat, kind of like a disco-pop [track] that we tried to give hope to global listeners in the middle of the pandemic, ‘Butter,’ you know, it’s summer.

“It’s very, kind of like seasoning. It’s also a more upbeat, fresh dance-pop track, like more like a summer anthem. Just all the positive vibes and upbeat energy. That’s it. That’s what ‘Butter’s about.”

Watch and listen: ‘Butter’ by BTS