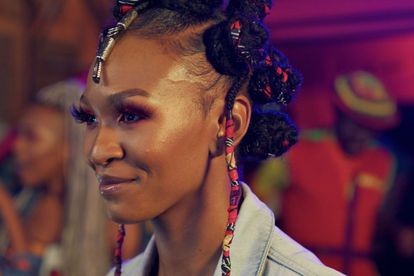 Netflix’s latest local series ‘Jiva’ takes viewers into the lively and colourful world of South African dance. The series features new and familiar faces to our small screens and has a radiant selection of music to match. Jiva was released on Netflix on the 24th of June and is one of a few South African Netflix originals after Blood & Water, and Queen Sono.

Jiva boasts a high-energy opening, as we see Ntombi (played by Noxolo Dlamini) get ready to head out of the house to make her way to work. Living in Umlazi, Ntombi carries the expenses of her entire family and works at Durban’s famous Ushaka Marine World to make ends meet. Ntombi’s exuberant best friend Vuyiswa,is played by actress Candice Modiselle.

JIVA! features a selection of new and old South African music. From legendary group Boom Shaka’s It’s About Time to Behold Benzo’s Imali, the production team of the series know just how to keep audiences engaged.

The series features also a wide variety of sounds, including chart-topping amapiano and gqom sounds.

Other songs that fill the series are Focalistic and Vigro Deep’s Ke Star that took South Africa by storm at the time of its release and Cassper Nyovest’s Move For Me.

THE MINDS BEHIND THE DANCE MOVES

The two choreographers that were the incredible minds behind Jiva were Bontle Moloi and the lead of popular dance group Soweto’s Finest Tony London. In anticipation of the release of the Netflix original, Moloi expressed that she couldn’t wait for the world to see the series as our continent’s excellence is celebrated.

“I am a ball of nerves and a melting pot of excitement and anticipation. There’s a lot of culture, creativity, dance and story and to see African excellence celebrated on a global platform is incredible”

Check out the trailer for ‘JIVA!’ here