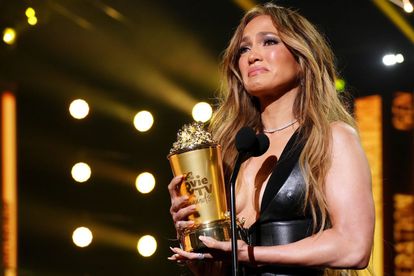 The 2022 MTV Movie & TV Awards took place on Sunday 5 June at the Barker Hangar in Santa Monica, California. The HBO series, Euphoria and Spider-Man: No Way Home which both star Zendaya were the biggest winners of the evening.

American actress and musician Jennifer Lopez was honoured with the Generation Award which celebrates actors who have made a name for themselves in the entertainment industry.

ALSO READ: Zendaya wins big for ‘Euphoria’ and ‘Spider-Man’ at the MTV awards

According to The Hollywood Reporter, the Generation Award at the MTV Movie & TV Awards celebrates “beloved actors whose diverse contributions to film and television have turned them into household names”.

In 2021, Scarlett Johansson was honoured with the Generation Award for her contribution to entertainment.

Jennifer Lopez kicked off her acting career in the 1987 drama film My Little Girl, alongside the likes of Danny DeVito and James Earl Jones. Since then, she has appeared in several Hollywood films and television series including Hustlers, Second Act, The Boy Next Door and The Back-up Plan.

The MTV Movie & TV Awards host Vanessa Hudgens handed Jennifer Lopez her Generation Award on 5 June. In her acceptance speech, the 52-year-old actor said there is a part of her in every character she has played on screen.

“I wanna thank true love and the way that I lied to myself. Because that’s how I knew that I had to grow.”

JENNIFER LOPEZ THANKS HER CHILDREN AND HER MANAGER

“He doesn’t like me to talk about him, he likes to be in the background,” said Lopez.

“He’s more than just my manager. If there’s one person who believed in me from the beginning…And the first time I played him a raggedy little demo of a song that I had wrote that day, he never let me stop believing in myself.”