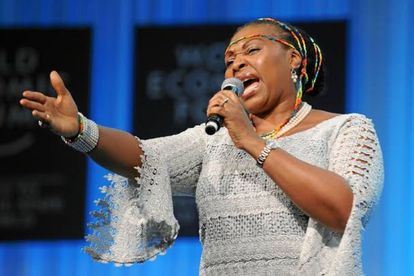 These distinguished honours will be presented on Saturday, 15 October 2022 at the Gallagher Estate Convention Centre.

Kubeka was born in Orlando East, Soweto and displayed a talent for singing at a young age, particularly indigenous jazz.

Her career began in 1957 at age 16 after being noticed by Miriam Makeba, who then invited her to join the Skylarks ensemble comprising Letta Mbulu and Mary Rabotaba.

As an understudy for Makeba in the jazz opera King Kong, Kubeka toured Europe in the 1960s and accompanied musical giants Abdullah Ibrahim and Kippie Moeketsi in cabaret performances in the nightclubs of Hillbrow. She also performed in the award-winning Jazzmakers and other productions performing to critical acclaim across venues globally.

Kubeka went on to develop a sterling career as an actress starring in stage productions, television shows and films which kept her star shining brighter. Moreover, she has commanded large and intimate audiences including the late former President Nelson Mandela and the late Queen Elizabeth II.

As a singer, songwriter, musical arranger and actress, she has contributed immensely to keeping musical traditions alive, particularly following the destruction of Sophiatown.

A post shared by Basadi In Music Awards (@basadiinmusicawards_sa)

Born in Dobsonville, Soweto, Yvonne “Chaka Chaka” Mhinga journeyed into music in 1985. A year, at 19, later she was discovered by Phil Hollis of Dephon Records who aided her in releasing her first album I’m in Love With the DJ featuring The Stones.

It was then that her meteoric rise to stardom began, and she released Thank You Mr DJ and I’m Burning Up in 1986 and 1987 respectively.

Since then, she has released numerous albums over her career which has spanned over three decades. These include Motherland; Cry for Freedom; Umqombothi; Sangoma; Bombani; Power of Africa; Kwenzenjani and Amazing Man, which was a dedication to the late former President Nelson Mandela. Many of these albums earned platinum status and received several music awards.

As one of the few Black South African female acts to break through outside South African borders, she earned herself the name “The Princess of Africa”, a name she also uses for her foundation which champions change in health and education for African and South American communities.

This world-class musician known for her originality and African flavour also became a Goodwill Ambassador for the United Nations Children’s Fund and Roll Back Malaria Partnership to End Malaria, the largest global platform for coordinated action towards a world free from malaria.

A post shared by Basadi In Music Awards (@basadiinmusicawards_sa)

The Basadi in Music Awards, hosted by Nomuzi Mabena and Anele Zondo, will present awards across 20 categories as voted by the public. The awards are themed “tiaras, ballgowns and sneakers” and “suits and sneakers” for female and male attendees respectively. Tickets can be bought here at R400 for general tickets, R650 for golden circle tickets and R1 000 for VIP tickets.