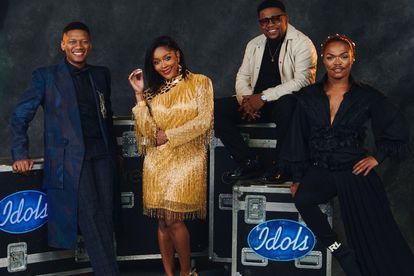 Thousands of hopefuls and 17 seasons later, Idols SAis returning to the small screen with a bang! The 18th season of the popular singing competition is set to return to local television screens on Sunday 17 July.

After more than a decade on Mzansi’s television screens, Idols SA is set to return for season 18 on 17 July.

Taking to Instagram to announce the return of the singing competition in a promo video, Idols South Africa host, ProVerb, said the show is back with a new look and welcomed the new judges, musicians Thembi Seete and JR Bogopa to the show.

“The new season of Idols SA is back with a new panel of judges, a new look and a MASSIVE venue,” read the video’s caption.

After Idols SA season 17, singer-songwriter Unathi Nkayi and Randall Abrahams made the decision to leave while fan-favourite Somizi Mhlongo took time away from the show following abuse allegations from his estranged husband, Mohale Motaung.

Somizi was asked to return to the show and the singing competition welcomed veteran musicians Thembi Seete and JR Bogopa.

Speaking to True Love about her role as a judge, Seete said she has always wanted the opportunity to share her industry experience and knowledge with young people.

“I’m definitely looking forward to seeing authentic singers who will connect to whatever songs they’ll be singing and are present of their surroundings,” said Seete.

Berenike “Berry” Trytsman beat out thousands of hopefuls in 2021 to be crowned the winner of Idols SA season 17.

After making the top five, Berry scored a recording deal with Kalawa Jazmee Records and when she won the competition, she won a new car, musical equipment, a new cellphone, a Bachelor of Business Administration bursary from Regenesys Business School and more.