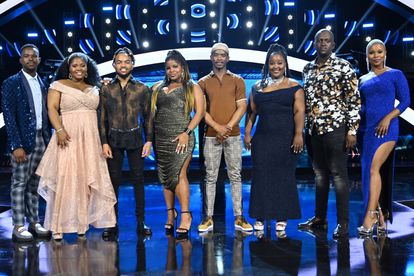 This week, the ‘Idols SA’ top 8 performed hits from some of the world’s best artists. Image: Supplied

This week, the ‘Idols SA’ top 8 performed hits from some of the world’s best artists. Image: Supplied

The Idols SA top 8 was officially announced on Sunday 25 September and sadly, fans had to say goodbye to Johannesburg singer, Tesmin-Robyn. The 23-year-old had previously entered Idols SA three times. This week, the contestants performed classic hits from their parents’ high school crushes.

‘IDOLS SA’ CONTESTANTS KICK OFF SHOW ON A HIGH NOTE

The Idols SA contestants kicked off the show with a tribute to award-winning kwaito legends TKZee. The top 8 performed a medley of TKZee’s Dlala Mapantsula, Phala Fala, Fiasco and Shibobo.

The top 8 were tasked with singing songs from their parents high school crushes including The Beatles, Luther Vandross and Mariah Carey.

Durban-based talent Nozi kicked off the solo performances with her rendition of Roberta Flack’s The First Time Ever I Saw Your Face. The 27-year-old received a standing ovation from Somizi Mhlongo.

“A song like that is hard to mess up when you have a brilliant voice. You personified what it is to be a vocal powerhouse,” said JR Bogopa.

The judges had mixed reviews for CeeJay who sang Mafikizolo’s Mas’thokoze. Thembi Seete said the 24-year-old recovered after a shaky start but JR said he had no vocal control.

Zee, who performed I Can’t Help Falling in Love With You by UB40, received high praise from the judges for applying the constructive criticism from the judges in the previous week. Somizi and Thembi were not impressed with Kabelo, who sang Luther Vandross’ Here and Now.

Idols SA fan-favourite Ty Loner sang New Edition’s Can You Stand The Rain. JR said there have been many renditions of the classic song but Ty’s was one of his favourites. Next up was Thapelo who delivered an emotional performance of The Beatles’ Let it Be.

“That rendition could easily be a gospel one that could be released by you. You’re one big bundle of talent. You’re special man,” said JR.

Mpho and Noxolo closed the top 8 show and received high praise from Somizi, Thembi and JR.