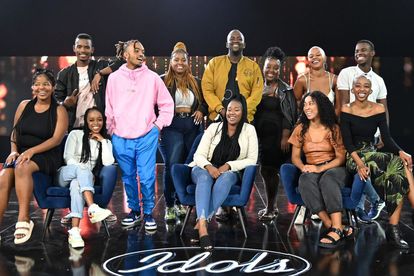 Meet the ‘Idols SA’ contestants who made the top 12. Image via Facebook Idols South Africa

Meet the ‘Idols SA’ contestants who made the top 12. Image via Facebook Idols South Africa

The final day of Idols SA Theatre Week on Sunday 21 August was intense as the three judges, Somizi Mhlongo, JR Bogopa and Thembi Seete, chose the 12 contestants who will be advancing to the live stages of the competition. The top 12 received mixed reviews from Mzansi with some devastated that their favourites didn’t make the cut.

Following the duet round of Theatre Week on Sunday 14 August, the Idols SA contestants were tasked with singing their rendition of a hit song. There was more pressure as this year, only 12 contestants would move to the live stages of the talent competition.

Tesmin-Robyn, a Johannesburg-based talent sang Lebo Mathosa’s classic hit, Brand New Day, bringing all three judges to their feet. With her smooth vocals, she was the first contestant to go through to the top 12.

Fan-favourite Zadwesh Tshatshu had a rocky time during Theatre Week but still pulled through for his final performance. Sadly, he did not impress the judges and failed to make it into the top 12.

Taking to Twitter, Mzansi tweeps had mixed reactions about the Idols SA top 12 contestants. Tweeps who rooted for Dlulu ka Dlamini were sad to see her go.

“The judges made a mistake. Not MaDlamini being eliminated,” wrote one tweep.

“I’ve never been hurt kanjena, DludluDlamini is a performer. This is probably [my] last time watching Idols SA,” wrote another tweep.

“The way Mpilwenhle sings so effortlessly. Oh and she’s been consistent since day 1. She’s the one to look out for. Mark my words!”