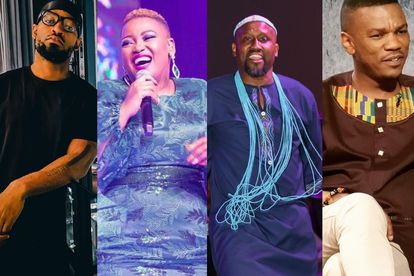 Multichoice released a statement on Friday, 6 August confirming that media personality Somizi Mhlongo will be taking “taking some time off” until the abuse allegations made against him by his estranged husband, Mohale Motaung, have been resolved.

Mohale Motaung accused his husband of physically abusing him, sabotaging his career opportunities and revealed an “arrangement” about their sex life. Somizi denied all the allegations made against him but confirmed that he will be getting a divorce.

Following the abuse allegations, the SABC announced Somizi will be “taking some time off” from his radio gig on Metro FM, Multichoice also released a statement confirming that Somizi will be stepping down from his role on the judging panel of Idols SA.

The broadcasting company stated that Somizi will still appear on pre-recorded episodes until 22 August. So, who will replace Somizi in the episodes to follow? There have been four guest judges for this season so far. Could one of them take Somizi’s spot?

Here’s a look at what Tweeps of each of the guest judges.

Season 17 of Idols SA kicked off in July with Prince Kaybee as the guest judge, following his performance of Gugulethu on the Idols SA stage in the previous season. Prince Kaybee is a well established DJ and producer and knows his way around the music and entertainment industry, but would he make a good replacement for Somizi?

Tweeps seems to think Prince Kaybee was too harsh on contestants and pointed out that he can’t sing himself. So as much as he may know the industry they weren’t impressed with his judging overall.

Gospel singer Ntokozo Mbambo was the next guest judge and Tweeps were very impressed with her singing and judging, some even said she stole the show.

Ringo Madlingozi is a singer, songwriter, record producer and a Member of the National Assembly of South Africa. Tweeps thought he made a good judge on the show and he should be given a permanent position.

Kwaito and gospel musician Zwai Bala was next to the test waters at the judging panel and Tweeps were neutral about judging skills. While one Tweep mentioned that Zwai Bala could be Somizi’s replacement, another thought he was annoying.