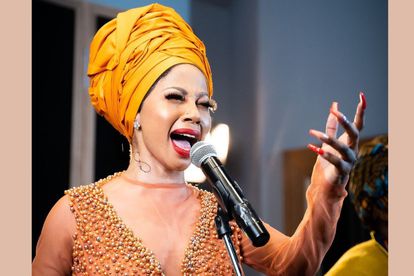 Thinks took an interesting twist for Idols SA after Somizi Mhlongo – one of the show’s judges – was suspended because of abuse allegations. It seems Somizi’s suspension sparked a big movement for the talent show which later on announced that Unathi Nkayi and Randall Abrahams would no longer be judges on the show. And now rumour has it that Kelly Khumalo will be part of the newly put together panel.

Many also believe that Somizi will return – something that his ample fans have been campaigning for since his sudden suspension.

Is Kelly Khumalo the next ‘Idols SA’ judge?

Last year, it was reported that Kelly Khumalo turned down a role as a judge on Idols SA because she already has ties to a different talent show called Stand Up SA.

After it was announced that Unathi Nkayi and Randall Abrahams would no longer be judges, rumour started circulating that Kelly Khumalo may just take on the role as a judge alongside her long-time friend Somizi who is also rumoured to be heading back to the judge’s seat.

City Press reports that Idols SA has “roped in the services of public relations company Duma Collective”, the same company that represents Somizi.

ALSO READ: ‘Beyond horrible’: Tweeps on Kelly Khumalo as a judge on ‘Idols SA’

Because of this, many believe that he will be sitting alongside the singer.

No confirmation as yet

While many South Africans have seemingly welcomed the news of Kelly joining the popular show, Kelly has not denied or confirmed the news.

Responding to the rumours, one Twitter user @BrunoSigwela wrote:

“Kelly Khumalo would be perfect for Idols SA, she’s a great singer and honest through her delivery as well.”

“Why do they do this, why not bring music producers or vocal coaches as judges cause really having a singer who is not even musically trained in terms of studying music as a judge is truly why Idols SA isn’t growing the music scene in SA.”

ALSO READ: ‘Give me money’: Kelly Khumalo says her man must spoil her rotten!