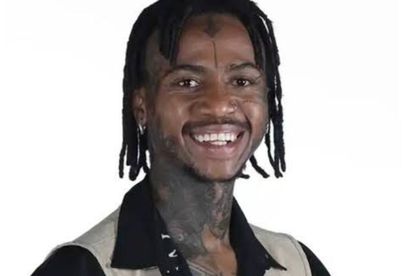 ‘I thought I knew the game, I was sure I’d win’: #BBMzansi’s Themba. Image via Twitter @_chuma_

‘I thought I knew the game, I was sure I’d win’: #BBMzansi’s Themba. Image via Twitter @_chuma_

Big Brother Mzansi’s reality star -Themba ‘ Dracula’ Mabaso who came third after Gash1 and Mphowabadimo on Sunday (3 April) says he was devastated when he came third and didn’t win the R2 million prize in the finale.

He also admits that he expected to be in the top two and that his heart sank when the host announced he didn’t win.

Gauteng-based reality star Themba ‘Dracula’ Mabaso says he was shocked when he came third after Gash1 and Mphowabadimo in the Big Brother Mzansi.

He tells Drum Magazine that he thought he knew the game and had played it well because I was he was on everybody’s minds and messing up their minds.

“I had the house eating out of the palm of my hand, practically. When I had mood swings, that would affect the house I somehow controlled how people felt and their thoughts in a way.”

He still believes he played the game well and he didn’t see anyone either than him or Mphowabadimo winning.

“I was sure I would win. I am disappointed but I am also happy that someone like Mpho won. I am very happy for her.”

ALSO READ:#BBMzansi: Libo gets a warm and emotional welcome from family

The reality star has also clarified rumours that he looked sour after Mphowabadimo’s win in the competition and that he was not happy for her.

“People can’t expect me not to be disappointed. It’s unrealistic. I had big plans for the R2 million but I’m happy Mpho won.”

“At one point in the game, Big Brother asked me who I think should take the money if not me, and I confidently said Mphowabadimo. I am very happy for her. We are still very good friends.”

The father of two and tattoo shop owner from Alexandra township adds that he had big plans for the prize, which he will still follow through.

“My plan was to get a bigger tattoo shop and expand the business. I wanted to build a house for my mother and then invest in my music. “