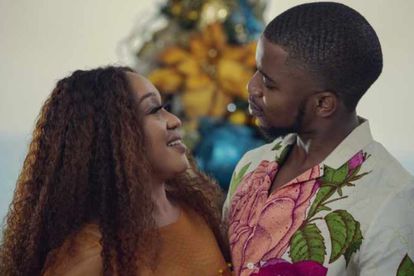 Oh baby! How To Ruin Christmas: The Baby Shower will air on 9 December 2022. Thando Thabethe and Sandile Mahlangu. Image: Supplied

Oh baby! How To Ruin Christmas: The Baby Shower will air on 9 December 2022. Thando Thabethe and Sandile Mahlangu. Image: Supplied

When the announcement was made about the upcoming sequel, Twitter fans were tweeting up a storm in anticipation of the series.

ALSO READ: ‘How to Ruin Christmas: The Baby Shower’ release date and more

The festive season is upon us and holiday movies and TV show specials will be playing throughout the holiday season. Our very own South African Christmas special is back and we are certainly here for it.

The Twitter streets are reacting to the upcoming How To Ruin Christmas: The Baby Shower show on Netflix.

Last year was the dramatic and hilarious pre-quell, How to Ruin Christmas: The Funeral, which receives critical acclaim.

We can’t wait to see what shenanigans these families get up to this year.

The show began with How To Ruin Christmas: The Wedding with Beauty Sello (Thando Thabethe) and Sibusiso Twala’s (Sandile Mahlangu) wedding which started out dramatic with the two families at war, with Tumi (the late Busi Lurayi) always in the drama.

“Our family-in-law – the Sellos – will continue to bask in reflected glory as we, the Twalas,  prepare to show the world how to host a high-class baby shower,” said the press release.

“My baby is having a baby and you don’t want to miss this,” said First Lady of Home Affairs, Mrs Valencia Twala.

“As a man of the people, I am honoured to welcome you all to watch this momentous occasion. I don’t want to give too much away, but I hear several heads of states are clearing their diaries,” said honourable minister Twala.