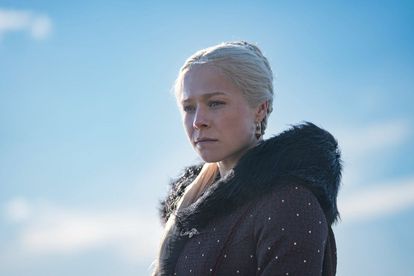 ‘House of the Dragon’ is a ‘Game of Thrones’ prequel and will premier on 21 August. Image via Twitter @HouseofDragon

‘House of the Dragon’ is a ‘Game of Thrones’ prequel and will premier on 21 August. Image via Twitter @HouseofDragon

House of the Dragon, the new HBO series set 200 years before the events of the mega-hit show Game of Thrones will premiere on 21 August the network announced on Wednesday.

‘HOUSE OF THE DRAGON’ WILL BE TEN EPISODES

The 10-episode drama series debuts on Sunday, August 21 on HBO and will be available to stream on HBO Max in the United States and in other countries where the WarnerMedia platform is available, a statement said.

House of the Dragon is based on the book Fire and Blood by George RR Martin, and tells the story of the Targaryen family – relatives of a key Game of Thrones character, Daenerys Targaryen.

STARS OF ‘HOUSE OF THE DRAGON’

Stars of the new series include Emma D’Arcy of Wanderlust, Matt Smith of Doctor Who and The Crown, Rhys Ifans from The King’s Man and Spiderman and Olivia Cooke, known for appearances in Bates Motel and Ready Player One.

A global success that commanded legions of fans and was showered with awards, Game of Thrones made television series history with its mix of fantasy and medieval worlds over eight seasons that aired from 2011 to 2019, though the show’s non-stop sex and gore also sparked controversy.

The new show’s release date gives HBO the jump on rival streamer Amazon’s release of its big-budget fantasy series adapted from J.R.R. Tolkien’s saga The Lord of the Rings, scheduled for a September 2 debut.