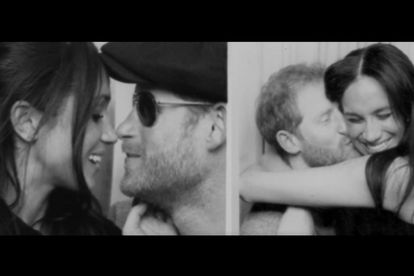 ‘Harry & Meghan’ has released on Netflix. Images via Twitter @netflix.

‘Harry & Meghan’ has released on Netflix. Images via Twitter @netflix.

Netflix released a teaser for the much-anticipated Netflix docuseries about Prince Harry and his wife Meghan Markle on Thursday 1 December.

The teaser begins with images of the pair, some of which looking glum, while other sinclude big moments like Meghan being pregnant.

“No one sees what’s happening behind closed doors,” said Harry.

“When the stakes are this high, doesn’t it make more sense to hear our story from us,” Meghan asks in the trailer.

The docuseries will be released in six parts.

“Harry & Meghan is an unprecedented six-part documentary series that explores the span of their relationship, from the early days of the couple’s courtship to the challenges and controversies that prompted them to step back from the royal family,” according to Netflix’s fan site Tudum.

“The series includes interviews with family and friends who’ve never spoken publicly about the couple’s relationship before, as well as historians and journalists who dissect how media influenced Harry and Meghan’s relationship with the royal family and the Commonwealth at large,” according to Tudum.

There is no release date for the docuseries as yet as Netflix only said “coming soon”. The docuseries is directed by two-time Academy Award–nominated and Emmy-winning director Liz Garbus.

The executive producers include: