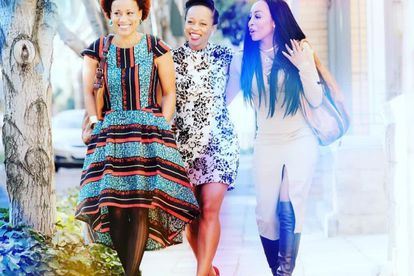 Entertainment commentator Phil Mphela has confirmed that the 2016 box office hit Happiness is a Four-letter Word will have a sequel.

Mphela shared the news on his entertainment blog’s Twitter page on Saturday.

The Entertainment Alert said the new film was in pre-production, but information on whether the lead cast would return was not yet available. There is also no official release date as yet for the sequel.

IMPORANT ACHIEVEMENT FOR ‘HAPPINESS IS A FOUR-LETTER WORD’

Happiness is a Four Letter Word grossed more than R14-million, making it the highest grossing romantic drama by a black director in South Africa yet. The film made more than R2-million in its opening weekend alone. The film is based on a novel with the same name by Cynthia Jele.

The hit film was directed by Thabang Moleya and follows the lives of three women. Khanyi Mbau plays Zaza, a glamorous trophy wife who is living her best luxury life of money and success.

Best known for her role on SABC’s Generations, Mmabatho Montsho played Nandi, a career-driven woman about to get married, in Happiness is a Four-letter Word.

FAN EXCITED BY NEWS OF A SEQUEL

It is not yet known if Mbau will return to star in the sequel to Happiness is a Four-letter Word. But she does have another high-profile role on the cards for 2021. She is set to be a judge on a new show called The Big Trender, which is coming to DStv’s Honey channel (173) on 19 March.

The channel announced that Anele Zondo would be the new show’s official host. Zondo will guide contestants on how to become the biggest social media influencer on the continent.

In other news, Mbau recently went “instagram official” with her new millionaire boyfriend, 28-year-old Kudzai Terrence Mushonga, who is said to be wanted by Zimbabwean police for allegedly tricking a businessman out of more than R2.5m.

The pair still seem to be going strong as they spent Valentine’s day together and he spoilt her with expensive gifts.