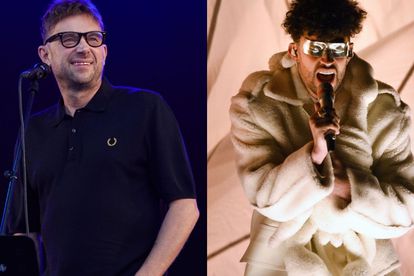 Gorillaz have teamed up with Bad Bunny on an upcoming song.

Damon Albarn has revealed he and the 27-year-old Puerto Rican rapper recorded a reggaeton track together in Jamaica, which will act as the first single on an upcoming project by his virtual band with comic book artist Jamie Hewlett.

GORILLAZ: ‘SOMETHING EXCITING FOR NEXT YEAR’

The Blur frontman told The Wrap:

“What I love about Gorillaz is that I can bring [in] anyone I want, you know? I was in Jamaica recently and recorded a Gorillaz song with Bad Bunny, that’s something exciting for next year.”

“Bad Bunny is the first single. It is the first song I have made from this new project. I still don’t know when it will come out, or how we are going to launch it, but we finished it and it is.. yes, more or less a reggaeton song. It’s Bad Bunny meets Gorillaz.”

The 53-year-old musician revealed last year that he recorded music with the legendary Beatles star and he hopes to use it on an upcoming album from Gorillaz.

“I have a recording of Paul and myself that I could use for a Gorillaz track. It could easily fit on a Gorillaz album. It’s a very simple, basic recording but I would never release it without talking to him first,” he said.

Albarn went on to insist that the recording is not a full track but praised McCartney, 79, as “one of the most special pop musicians.”

“[I don’t want to say I have] a track with Paul, because I don’t, but I could definitely work with him. He is one of the most special pop musicians ever,” he said.

Meanwhile, Gorillaz are also eyeing up a track with another musical icon, after Hewlett recently teased Albarn had a written a song for Dolly Parton.

“I suggested working with Dolly Parton imagining Damon would throw it back in my face and he turned around and was like, ‘Are you serious? I f****** love Dolly Parton’. So we need to find a way of getting in touch with Dolly. Damon’s already written the track, I think! We had this conversation three weeks ago when he was in Paris, and I spoke to him the other day and he said, ‘I’ve written that one,'” he said.