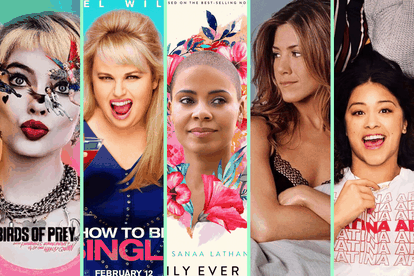 Break-ups are tough and especially so when you are going through one of your own. Yes, we know, nothing can truly make you forget about your ex, but one of the simpler ways to begin exploring your emotions is to watch a breakup movie.

Since you may now have time to spare, take a breather from your personal drama and snuggle up to one of these breakup movies Hollywood has to offer.

A romantic comedy released in 2019 which revolves around Jenny Young – a music journalist. Jenny’s long-term boyfriend Nate Davis has dumped her and it hurts.

After their break-up, she calls up her two closest friends for one last adventure in New York City before she moves to San Francisco. Throughout the movie the audience gets a deeper insight as to what led up to the breakup.

‘How to be Single’

Released in 2016, this romantic comedy tells the story of Alice Kepley. The college graduate needs some space from her long-term boyfriend Josh.

She moves to New York and starts a job as a paralegal, where she meets Robin. This wild co-worker guides her through how to live a single lifestyle.

The superhero action film released in 2020 speaks to Harley Quinn’s explosive breakup with the Joker. Quinn is left unprotected and therefore has a target on her back from every thug in the city.

There is a plot twist when Harley becomes unexpected allies with three deadly women: Huntress, Black Canary and Renee Montoya. This is a breakup movie with a difference!

After buying an apartment together, Gary Grobowski and Brooke Meyers decide to end their relationship. Since both parties refuse to move out, however, they agree to coexist as roommates.

This film proves that even the most complicated, painful endings do not necessarily have to remain hostile forever. The rom-com was released in 2006.

This is a 2018 romantic comedy about a woman – Violet Jones – who thinks she has it all: a great job, a steady relationship, and gorgeous hair.

After her boyfriend Clint does not propose, however, she breaks up but then sees him with a new woman shortly after. This is a story about self-discovery and is based on the book by Trisha R.

No matter where you are post-relationship, a good movie that takes you through the motions can help you process all those unresolved thoughts going on in your head.