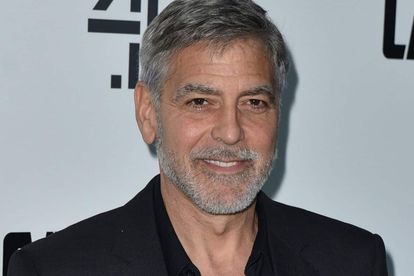 Like many aspiring actors, George Clooney had to start at the bottom. Image: BANG Showbiz

Like many aspiring actors, George Clooney had to start at the bottom. Image: BANG Showbiz

George Clooney confesses he used to be a “big props guy”, taking random objects along in a bid to make himself more memorable to casting directors. Like the time he took a dog along to the audition — only the director probably thought he was barking mad.

“I was a big props guy,” he said. “I took a dog to one audition and just held it under my arm, even though there was no dog in the scene. It was for Family Ties. I didn’t get the job, so clearly it didn’t work.”

The actor, 59, said aspiring actors should not put too much pressure on themselves when it came to auditioning.

He told W magazine: “Actors go into an audition going, ‘Please like me, please.’ I always say, ‘Look, the worst thing that could happen is that you don’t get a job that you don’t have.’

“That’s the worst thing. If you take the pressure off, it makes a difference in the way you audition. And by the way, it took me a long time to figure this out.”

George Clooney — who has three-year-old twins Alexander and Ella with wife Amal — had a number of weird roles in the early days of his career.

The American actor and filmmaker said: “Murder, She Wrote might’ve been my favourite, just because of all the people. I was on it with Buddy Hackett and Angela Lansbury is class. I didn’t get murdered. But I didn’t murder, either.

“In the beginning, I did some really weird parts. I played my evil twin in a show called Street Hawk. I was a killer. I had a mullet. I also had a mullet on The Facts of Life.

“On that show, I flirted around with Jo, one of the girls. And then they said, Thank you — they’d had enough of the George the Handyman character.”

All the dodgy roles and cringeworthy auditions finally did pay off, however. George Clooney’s big break came when he landed the role as Dr Doug Ross, alongside Anthony Edwards, Julianna Margulies, and Noah Wyle, on the hit NBC medical drama ER from 1994 to 1999.

He went on to become a big name in Hollywood and won an Academy Award for Best Supporting Actor for the Middle East thriller Syriana in 2005. He also earned Best Actor nominations for legal thriller Michael Clayton (2007) and comedy dramas Up in the Air (2009) and The Descendants (2011).

Clooney’s latest film is The Midnight Sky, which he directed as well as stars in. The film was released on Netflix in December 2020 and tells the story of a future world in collapse.