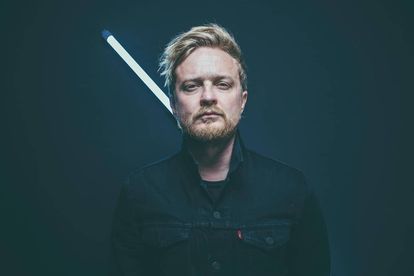 Although Francois van Coke en Vriende Livestream 2020 was almost cancelled because of COVID-19, it will still take place. Van Coke and his team improvised and this year’s concert will transpire as a two-hour online show streamed live from Cape Town at 20:00.

“This show has become a yearly highlight for us and we won’t let the pandemic stop us,” said Van Coke.

The musician turns 40 on 18 September, the day of the event.

“And I can’t think of a better way to celebrate my birthday than sharing a stage with my friends and to do what I love most,” he enthused.

Tasché will also perform with Van Coke in the livestream show Francois en Tasché on 16 August.

Fans can also look forward to two new collaborations with Van Pletzen and Matthew Mole which will be released soon.

Looking back, Van Coke kick-started his solo career in 2015 with a self-titled solo debut album containing iconic collaborations, such as the hit song Toe Vind Ek Jou with Karen Zoid.

There have been two more solo albums since then: Hierdie is die Lewe (2017) and most recently, Dagdrome in Suburbia (2019). The latter won the SAMA26 (26th South African Music Awards) award for the Best Rock Album on Friday 7 August.

He’s had numerous No 1 singles on radio, immense media coverage and regular sold-out shows. This has meant that Van Coke’s solo career hit the ground running and paved the way to success.

Late in 2018, he also launched his own TV show, called Die Van Coke Show on kykNET. In this, participants follow clues to which Afrikaans hit (with a rock ‘n’ roll twist) Van Coke will cover at the end of each episode. The 13 episodes in the series sprouted 13 unique covers.

In 2019, he joined Riky Rick, Riana Nel and Lira in the iconic red coaches’ chairs for the third season of The Voice South Africa.

Country rock singer-songwriter Tasché, a member of “Team Van Coke”, won the season and the pair went on to collaborate musically. They  will perform together on the livestream show Francois en Tasché at 18:00 on 16 August.

After all of his success, Van Coke decided to go back to his roots. In 2018 — in collaboration with AMP Events — he put together the rock spectacular Francois van Coke en Vriende 2018.

This was the start of the show with close friends that he’s worked with before.

In 2019, he came back with a show that was even bigger and better and the 2020 concert will be the third.

Its title, which translates as “The Future”, encapsulates the crisis the world is currently in.

Van Coke says that Blohm claims they met at Oppikoppi’s top bar after Van Coke allegedly drunkenly head-butted him in the back. Luckily, he says, Blohm was happy to meet him at the music festival and it caused a friendship and not a fist fight.

Van Coke explained the meaning behind the new song.

“It’s about how the world is looking at the moment and how the world can look in the future. It doesn’t always look promising, but you can keep trying to be the best person for the people around you.”